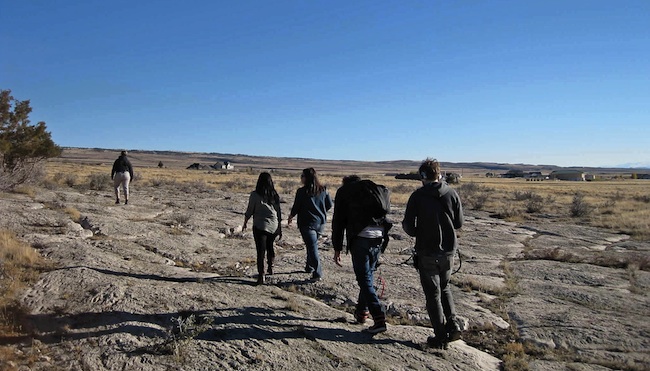 Crowdfunded Cinema is a new column at The Film Stage that focuses on filmmakers seeking funding for projects via crowdfunding platforms, offering new ways for independent artists and audiences to connect. With each article, we will focus on a single project that we find particularly interesting and inspiring.

In 1998, a young college student by the name of Matthew Shepard was tortured and killed in what became a widely publicized hate crime, bringing national attention to the gay rights movement and the issue of hate crime legislation. Matt’s image and story of his death became known by many, the face of an issue in need of attention. Now, twelve years later, documentary filmmaker and childhood friend of Shepard’s, Michele Josue, is making a film that will tell Matt’s full story, showing that he was much more than just a image.

We caught up with Michele Josue recently to discuss the project, and were very moved. We encourage you to read our interview below, but please also consider visiting the project’s fundraising page, and donating. The project has already reached its funding goal, but films are very expensive to make, and it never hurts to have a little more than budgeted. TFS: Tell me a little bit about why you’re making this project, and why now, being twelve years after Matt’s death?

Josue: I’m a friend of Matt’s, and I was a sophomore in film school when he passed away. It’s been a project that I’ve always wanted to do, I just never felt that I was emotionally or artistically ready until now; myself and a lot of Matt’s close friends, we weren’t ready to deal with it until the last few years. It’s [was] always a project I wanted to do, I just always felt pressured to do justice to Matt’s story, and to tell his story in a truthful, dignified way that he deserved. Not to put down any of the many project that have been done on him; the Laramie Project is beautiful, it’s just that I feel it would be best to portray Matt not as a symbol, but as an actual person who really had the love and respect of his family and friends, and I think the best way to tell that story and to show him is through the voices of his family and friends.

Enough time has past by where we’re able to… I mean, I was only nineteen at the time he died, so emotionally it was really difficult to deal with it. Now I’m thirty two and a little bit further along in my filmmaking career and I also knew in my heart that this was a project I would do for Matt but I just didn’t feel I was even near ready to do it with any skill until now and I think I started getting more involved in the Matthew Sheppard Foundation and it just felt like it was time. There’s a whole generation of young people that don’t know anything about Matt, which kind of blows my mind.

How did family and friends first respond when you told them you were going to make this?

Matt’s family has been 100% supportive in every way and understand that I wanted to do this; they have been awesome. Matt’s friends and I have always had this conversation amongst ourselves that this was something we were going to do together. I couldn’t do it without them. When I told them that I think this was the time, they were all excited. However, I’m not going to lie it has been this great, emotional journey and painful at times. There was a tiny bit of hesitation to open it up again and remember all the painful stuff. For the most part everyone has been totally excited and supportive and ready to do this and to tell our side of facts

Is it a retrospective piece, focusing on the time he was alive, or is the focus on the present, and of his absence?

It is a lot of both. It is going back to his past and talking about pivotal times in his life. We did the bulk of the filming this past fall in Denver and Wyoming. Me and Matt’s two best friends traveled to Wyoming for the shoot and talked to professionals who were very involved in his case. We tried to get more insight on the case and what really happened and just sort of figuring it all out. Hearing it from their month as oppose to reading about it or seeing it on the news almost 13 years later. It’s both.

Again both. Other people have approached the Sheppard’s about making a documentary about Matt and they never wanted to do it. It was different when I approached them about it because I knew him. They felt like they could trust me with telling his story with sensitivity and honestly. I would not be this far along on this project if I didn’t have this personal attachment to Matt. This film is 100% personal and yes it has been challenging just having to relive the painful events and open up old wounds. I think its necessary so I think it’s been both, a blessing and a challenging. How far along are you in making it?

We shot the bulk of it this past fall so we have been editing it. I felt like we needed an additional filming trip so I guess we are still in production. I would like to interview a few more people.

Do you have an expected date of when the film will be completed?

We are aiming for a year from this summer. Our Kickstarter campaign ends May 29th.

If there was one thing you wanted people to take away from your film, what would it be? Or is it too soon to know?

I guess this has always been my issue; it has been hard to reconcile how he has become this murder symbol for the gay rights movement. [It’s] like he wasn’t a real person but just a face for a cause and while that’s great, it’s hard to reconcile with the public that this was a real person with family and friends who respect and love him. Matt was a real person who was loved and wasn’t perfect. I think it translates from a more broad level to society that maybe a young person watching the film can see that someone like Matt that was really loved and is missed to this day. That’s what I’m hoping for.

More details on Matt Shepard is a Friend of Mine can be found at the Kickstarter page.