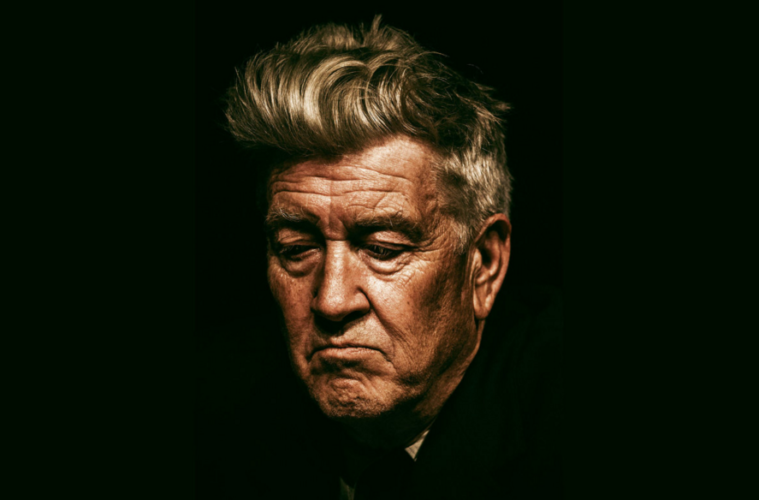 Dennis Lim Talks the Mysteries of David Lynch and His New Book, ‘The Man from Another Place’

I was skeptical about the market receiving another David Lynch book. What worthwhile words could be added to the pile (I don’t use that term endearingly) of all that’s been written and said over the decades? What compelled such a valuable critical voice to enter that territory? I second-guessed those feelings almost immediately after starting Dennis Lim‘s David Lynch: The Man from Another Place, a work that, in combining thorough research with perceptive, even-handed critical analysis, can shine light on material without needing to declare itself a new paragon. (One can sample it here and here.) With crisp prose — one small example: I love how he describes Eraserhead as “an exemplar of ingenuity born of poverty” — and a consistent brevity (the 179-page text is not-inaccurately described in its press release as “meditation-length”), this is an obvious must-read for Lynch’s admirers.

It’s to my fortune that Lim was available (via email) to speak a bit about his new book. Being that The Man from Another Place‘s most fascinating digressions concern his personal experience with the oeuvre — e.g. seeing INLAND EMPIRE for the first time in Lynch’s personal screening room (itself located inside the home used in the opening of Lost Highway) and being scared to the point of “glancing over uneasily at the computer that was playing the movie off a QuickTime file” — I mostly took this as an opportunity to pick his brain about the work. But that only opens more doors: what pleasures it affords, how to approach those feelings, and, of course, what we might expect from a certain project that the director has been developing as of late.

At what age and through what means did you first encounter Lynch? Can you recall the feelings it elicited from you? It was Blue Velvet, on VHS. I must have been 14 or 15. It was shocking, needless to say, and also confusing — it’s a film that very systematically elicits in the viewer the same mix of curiosity, disgust, exhilaration, and horror that its protagonist is experiencing. Looking back, I think it’s a film that, more than any other, taught me the value of confusion. Not exactly knowing what you think or how you feel is often the most useful and exciting starting point when you’re wrestling with a film, or any work of art.

Do you recall your first time writing about his work, as well as what challenges (and / or pleasures) came with it?

I wrote something on Lost Highway in 1996. I remember little about the piece or the process of writing it, but I vividly recall the press screening where I saw it, and also being convinced that it was a major work. The dismissive reviews baffled me — even partisans were writing Lynch off at the time, but it seemed to me that he was entering a new, thrilling phase, and that after the Twin Peaks series finale, Fire Walk with Me, and Lost Highway, his work was only getting freer and more radical.

There’s a healthy balance of historical perspective and critical analysis in this book. Where did you start? Was the research at all a key into meanings, possible or concrete, or did you wish to provide your own background before (potentially) learning something through a direct quote or telling detail of the production?

I wrote it less as a biographer than as a critic. The book doesn’t pretend to care too much about the details of Lynch’s personal life; I’m much more interested in his work and his creative life. I suppose you could say that the starting point was what’s on the screen and my relationship to it. I wanted to evoke the experience of watching the films and dig into why they resonated so powerfully with me and with others. But research is an integral part of writing criticism, and, for me, it’s hard to separate the two. The book really took shape from considering the various contexts in which Lynch’s work exists — most obviously his life (’50s childhood, art school, Transcendental Meditation, etc.), but also his parallel practices, the history of film and 20th-century art, and the forces at work in the culture at large.

Regardless of how much I admire your work, I was initially skeptical about another Lynch study; it seems there’s already so much written on the topic. When looking at other books (e.g. Lynch on Lynch, Catching the Big Fish, or David Lynch: Interviews), did you consciously seek ways to diverge from them? What, in your eye, makes The Man from Another Place distinct in Lynch studies?

The books you mention are different in that they consist largely or entirely of Lynch’s own words. I cite them all in my book and also quote from many other interviews he’s given over the years (including a few I did with him). Chris Rodley’s Lynch on Lynch, in particular, is an invaluable resource, as expansive and thorough an interview as Lynch has ever given. I’ve also read a good number, though certainly not all, of the critical / theoretical books out there on Lynch, and, whether or not I agree with those takes, find many of them interesting.

But I wouldn’t have written the book if I didn’t think I had something new to say, or if I didn’t think there were specific lenses with which to look at Lynch that have been somewhat overlooked. Overall I think Lynch has been better served by film theory than by film journalism — a lot of the popular writing on him is pretty lazy and clichéd, and often just defaults to the image of “Lynch the weirdo” who makes weird films. I wanted to counter that and bring in some theoretical models of interpretation, but, at the same time, keep the book free of jargon. There are ways to think more deeply and rigorously about Lynch’s work without getting too mired in the nuances of, say, Lacanian philosophy or affect theory.

Was there anything you were particularly drawn toward while writing? I’m wondering if anything was kept in mind throughout, perhaps one project serving as a Rosetta Stone of sorts.

I don’t think there was a single project I kept in mind that way, but it’s probably clear from the book which of Lynch’s films I value more than others. One remarkable thing about Lynch is that he’s made an era-defining work in every phase of his career: Eraserhead is synonymous with the golden age of midnight movies; Blue Velvet is an emblematic text of the post-modern ’80s; Twin Peaks represents a breakthrough for television and serial narrative; Mulholland Dr. marks the death of a certain romantic idea of Hollywood, and maybe of celluloid itself. He hasn’t been that prolific, but it’s an amazingly sustained career, and there are films I love from all periods, which is one reason I was compelled to write the book.

The book’s advance reading copy, which I looked at a few months ago, makes no mention of Lynch’s contract dispute over and subsequent “return” to Twin Peaks; notice of it has been added to the final edition. Were you concerned about The Man from Another Place being “finished,” yet still not entirely coinciding with this very particular moment in the director’s history? More than that, do you expect to someday update the book with thoughts on what he does over the next several years?

I finished the book about a year ago and was able to work in the bit about the new season of Twin Peaks just before it went to print. A living subject is a moving target, so, in that sense, any book about Lynch will remain, for now, unfinished. But whatever he produces next, I would hope that the ideas about his very particular sensibility and obsessions will apply. I don’t know about updating the book, but I do hope to write about Twin Peaks when it returns.

Do you have any particular expectations for the new season of Twin Peaks, especially in this post-INLAND period that (arguably) sees him being as experimental as ever? And, without asking one to needlessly speculate, do you think going back to this territory says anything about Lynch in the current moment?

I’m not sure what to expect, but I have high hopes. I agree that he’s become more experimental with age, as well as more stubborn in his inability to compromise and in his insistence that the conditions be absolutely right for him to work on his terms. If they’re not, he’s happy to do something else, as the Showtime contract negotiations and the long absence from feature filmmaking make clear. It sounds like he’s getting to direct what is essentially a 10-hour-plus film with full creative control. Lynch talks so much about filmmaking as world-building, wanting to inhabit and linger in the worlds that he creates — this is truly a dream scenario for him.

David Lynch: The Man from Another Place is now available from Amazon. Below, see an early interview with Lynch about Eraserhead, which Lim describes in the book (via Open Culture):