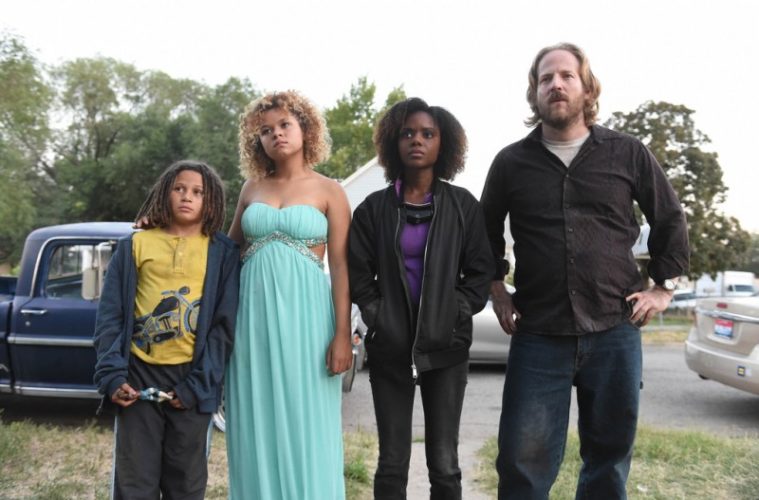 What happens when your mother is in prison, and feel like you could no longer afford to attend college? For the characters in Deidra & Laney Rob a Train, the answer is very simple, and it can be found right in your backyard Director Sydney Freeland, behind the short Hoverboard (2012) and her feature debut Drunktown’s Finest (2014), returned to Sundance Film Festival with her latest film and the first trailer has landed.

Bringing together talented up-and-coming performers like Ashleigh Murray, who appeared in The Following and Younger, Netflix has already picked up the film for a release this March ahead of this week’s Sundance premiere. Check out the trailer below for the film also starring Rachel Crow, Tim Blake Nelson, David Sullivan, Danielle Nicolet and Sasheer Zamata.

Deidra Tanner is a whip-smart high school senior who sells answers to chemistry tests to save up for college, all the while helping her mother raise her stubborn little sister, Laney, and her brother, Jet. It’s more than your average teenager can handle, but Deidra runs a tight ship—that is, until Mom blows a mental gasket at her retail job and throws a high-end TV on the pavement. When Deidra realizes that jail time is ironically proving to be a healthy and therapeutic break from single parent life for her mom, her life is derailed. When she conjures up the will to face her new circumstances, Deidra focuses her talents on the train tracks in her own backyard.