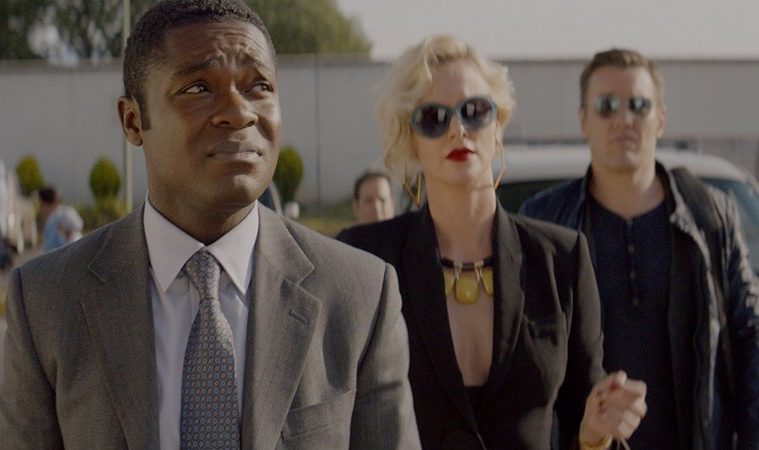 It’s been nearly a decade since Nash Edgerton delivered his thrilling debut The Square and, since then, those at Blue-Tongue Films (including his brother Joel) and the cast involved their productions have seen their careers rise. The director, who has also helmed a number of brilliant shorts, is back with his new feature, Gringo, and the first trailer has landed.

Starring David Oyelowo, Joel Edgerton, Amanda Seyfried, Charlize Theron, Thandie Newton, Yul Vazquez and Sharlto Copley, the preview displays a mix of dark comedy, witty writing, and well-executed thrills that has been part and parcel of the Edgerton brothers’ filmmaking. Ahead of a release in March, see the trailer and poster below.

An exhilarating mix of dark comedy, white-knuckle action and dramatic intrigue, Gringo joyrides into Mexico, where mild-mannered businessman Harold Soyinka (David Oyelowo) finds himself at the mercy of his back-stabbing business colleagues back home, local drug lords and a morally conflicted black-ops mercenary. Crossing the line from law-abiding citizen to wanted criminal, Harold battles to survive his increasingly dangerous situation in ways that raise the question: Is he out of his depth — or two steps ahead?