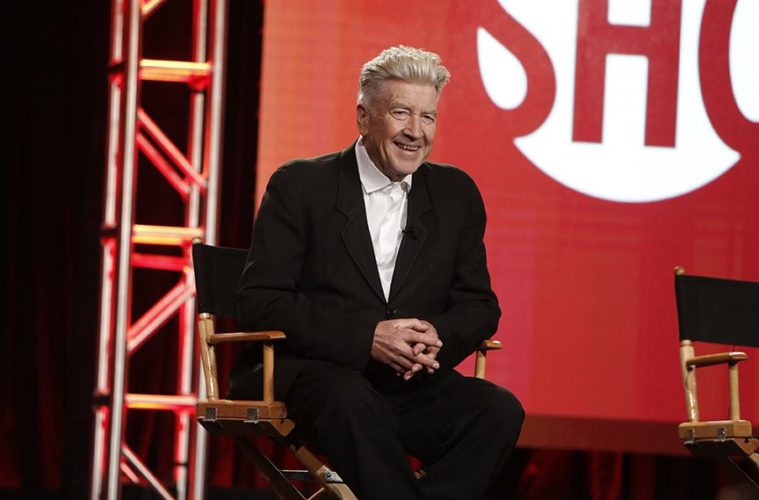 David Lynch Talks the Return of ‘Twin Peaks’: “I See It as a Film”

It’s happening again. The news we’ve been waiting for since the Twin Peaks revival was announced back in October 2014 arrived today. Showtime revealed that David Lynch and Mark Frost‘s return to the world they left behind in 1991 (or, more accurately, in 1992 with Twin Peaks: Fire Walk with Me) will begin to air on May 21 on Showtime. Kicking off with a two-hour premiere, followed by the next two episodes available online afterward, it will certainly be the talk of summer as we expect the 18-episode season to conclude in late August (if there’s a super-sized finale) or early September.

Now that we have a premiere date, what has been happening since we last left Twin Peaks? In a surprise appearance at TCA this evening, Lynch took the stage for a brief Q&A in which, of course, he didn’t reveal any plot details, but let a few things slip. When compared to his other projects, he said, “It was just the same as all the others. I see it as a film. A film in parts is what people will experience,” EW notes. So, which arthouse theater will screen all 18 hours so we can count it in our best-of-2017 lists this time next year?

Moving on, the biggest — i.e. quite small — story detail was in regards to the initially derided, incredible Fire Walk with Me, which depicted the last week of Laura Palmer’s life. “It’s very much important for this,” Lynch says when it comes to the upcoming season, which follows Dale Cooper’s return to the iconic town. Thankfully, one will have the chance to revisit the 1992 film theatrically later this month when it screens at Drafthouse locations. As for how this revival began, Lynch shared the following analogy:

Well, in the beginning, many years ago, Mark and I were as if lost in the wilderness, as it always is in the beginning. Then we seemed to find a mountain and began to climb, and when we rounded the mountain, we entered a deep forest, and going through the forest for a time the trees began to thin, and then coming out of the forest we discovered a small town of Twin Peaks. We got to know the people of Twin Peaks and got to know this mystery. … We discovered this world. And within this world there are other worlds. That’s how it started.

Lastly, for those wondering if we could see the Twin Peaks gang reunite again, Showtime president David Nevins said the season — which is the “pure heroin version of David Lynch” — is “designed to be close-ended, one-time event.” Lynch doesn’t necessarily rule out a return though, saying, “Well before I said I was never going to revisit it. And I did. So I never said never. But as of now there are no plans.”

As we await the trailers — which won’t reveal “any big plot points,” according to Nevins — check out cast interviews below, along with new art as you begin those Twin Peaks rewatches.

The Twin Peaks revival premieres on May 21st at 9PM.