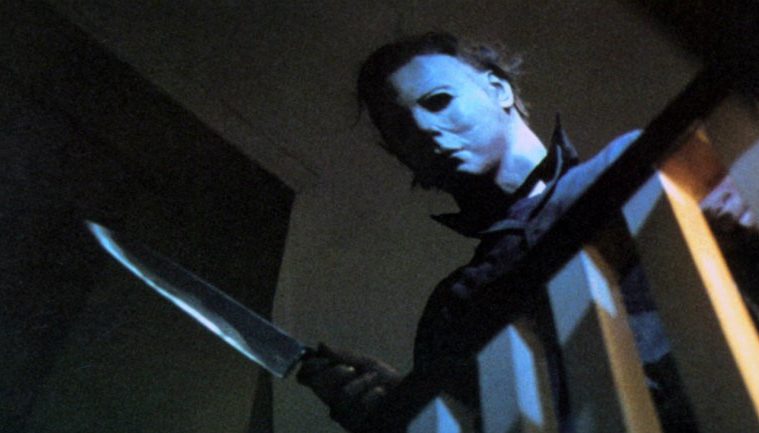 Nearly four decades and ten movies later, the Halloween franchise is looking to get a much-needed jolt to the system. With the new king of studio horror, Blumhouse Productions, picking up the rights last year, they’ve now announced the talent behind the next film in the franchise — and it’s not who anyone expected. Check out original director John Carpenter‘s reveal below.

So you say you want a Revolution?

You want to shake things up and bring back Halloween and make it rock again?

So here’s the announcement you’ve all been waiting for:

David Gordon Green and Danny McBride are joining the project to complete the creative team. David and Danny will write the script together and David will direct. I will continue in my executive producer role to consult and offer my advice and feedback as needed.

David and Danny both came to my office recently with Jason Blum and shared their vision for the new movie and…WOW. They get it. I think you’re gonna dig it. They blew me away.

I might even do the music. Maybe. It could be kind of cool.

Yes, that’s right. The duo behind Pineapple Express and Eastbound & Down will be taking the reigns of the franchise, with David Gordon Green directing Danny McBride‘s script. “David and I are thrilled to step outside of our comedic collaborations and dive into a dark and vicious horror. Nobody will be laughing,” McBride said in a statement from Blumhouse. “John Carpenter’s Halloween was a monumental horror film experience for me and millions of film fans. It’s an honor to be working with this creative team to carve a new path in the tale of Michael Myers,” Gordon Green added.

The news certainly gets us excited for a new film in the franchise, a feeling we haven’t had in quite some time. As for David Gordon Green, he’s been known to hop around genres and before Luca Guadagnino ended up directing it, he was circling the Suspiria remake. Meanwhile, McBride has branched out recently, jumping into sci-fi horror with this summer’s Alien: Convenant. With a release already set for a little over 1.5 years from now, expect casting to come in quickly as we eagerly anticipate what this new duo have up their sleeves.