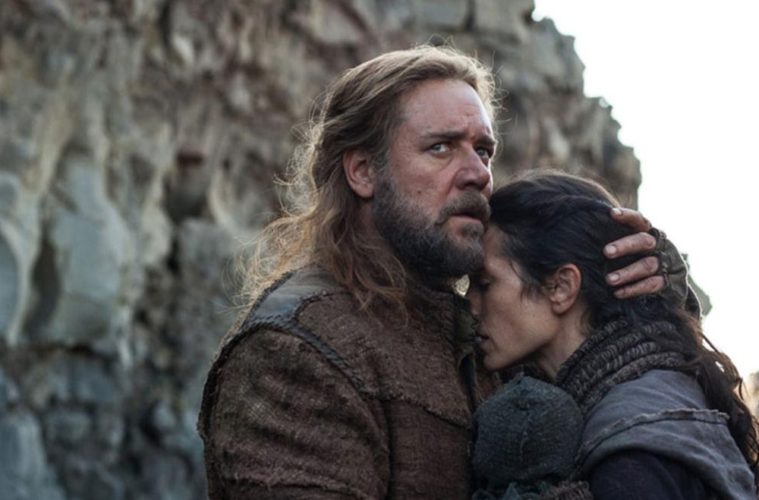 Although its U.S. release is over two weeks away, Paramount will be releasing Darren Aronofsky‘s Noah a few days earlier in Mexico and the studio decided to kick things off there with the world premiere. After a flurry of reactions came from the many test screenings, it’s the first time the director’s version — which is the theatrical cut — has been seen by the public.

While full reviews are embargoed until close to release, we have a variety of reactions today and as a disclaimer, most of those quoted below were handpicked by Aronofsky and flown on Paramount’s dime to the premiere. Nonetheless, it’s nice to see a few comparisons to the director’s ambitious drama The Fountain, easily my favorite work from him. See the round-up of tweets below (which also include a few from an early NYC screening) and check back for our full review, and the first clip here.

Noah – Aronofsky's take on biblical story is solid, with some amazing scenes + a focus on character above all. Loved most but not all of it.

.@iamclintmansell's score for Noah may be my favorite Mansell score (will need album to confirm). It's next iteration of The Fountain score.

My favorite part of #Noah is The Watchers, these badass rock monsters – which they've barely shown at all even though they're a huge part.

Just pre-screened "Noah" movie. This film is worthy of our attention for our deeper questions of faith; a powerful, edifying film.

.@DarrenAronofsky's Noah is a much different film than whats being advertised. Biblical epic meets fantasy, with a philosophical core.

Noah has a pro-science pro-faith tone, but for the most part, I don't know why religious viewers would have issues with the adaptation.

Noah is a divisive film (not from a religious perspective), akin to The Fountain, will have its fans & haters. Im in the former for both.

NOAH: imagine the serious philosophical and faith explorations of LAST TEMPTATION OF CHRIST with a LORD OF THE RINGS sheen.

THE FOUNTAIN really is the template for NOAH, at least when it comes to bombast mixed w/ deeper concerns. If you hated THE FOUNTAIN…

I think NOAH is going to be one I end up defending a bunch. It's odd and it's flawed but it's ambitious and thoughtful in ways I loved.

What I wonder is how audiences will take the way Noah himself gets dark. The film doesn't shy from the fact he leaves LOTS of people to die.

Final NOAH thoughts: Aronofsky shows the whole history of the universe. Anthony Hopkins incinerates an army with a flaming sword.

Look out 4 Darren Aronofsky's Noah.Shows how an artist can re-imagine a Bible story in epic & human terms. It's a provocation. No preaching

#Noah is a complicated film, but strong overall. The studio seems lost, but they at least have a good product to figure out how to sell.

Really only the first half of #Noah has been advertised, minus some heavy fantasy elements. The second half is character-based thriller.

Opinions will differ, but nobody needs worry Aronofsky has stepped out of his wheelhouse to do studio fare. #Noah

What do you think of the first reactions?