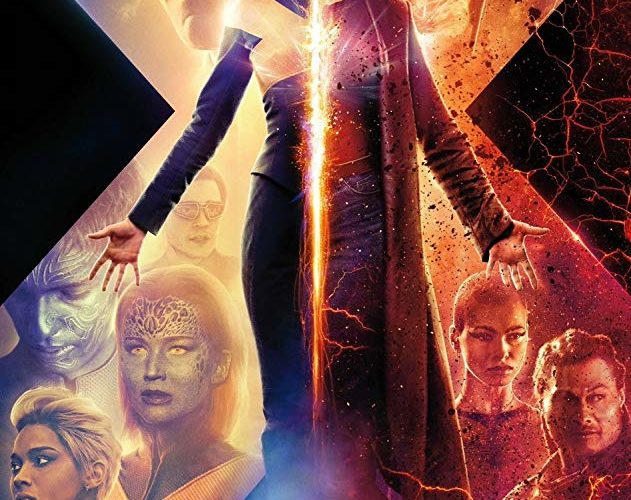 It’s the end of an era. With the recently-completed transition of 20th Century Fox and all its various IP licenses to the Walt Disney Company–Hollywood’s very own Borg–so too ends nearly two decades of X-Men, Fox’s first and final foray into the big-budget superhero genre. In 2000 the studio’s first X-Men, directed by Bryan Singer, reinvigorated a niche subgenre thought dead after the neon-hued implosion of Joel Schumacher’s Batman & Robin and helped launch actors Patrick Stewart, Ian McKellen, Hugh Jackman, Anna Paquin, Halle Barry, and others to stratospheric heights of pop-culture supremacy. X-Men distinguished itself from its superhero competition–Schumacher’s scandalous Bat-Nipples then, Disney-Marvel’s relentlessly calculated post-ironic wisecracks now–with a willingness to apply operatic, George Lucas-like earnestness to its exercises in superhero kitsch, boldly kicking off the first film with a scene of magical realism set in Auschwitz and doubling down on the troublingly broad civil rights allegories from there.

Now, 19 years and eleven films later, Dark Phoenix arrives, unceremoniously stripped of the X-Men name, into a world where Marvel is the mightiest brand in the American entertainment industry, Disney creeps ever closer to a monopoly on the big-budget blockbuster, a younger, hotter cast stands in for younger versions of the iconic characters, and Bryan Singer is Hollywood persona non grata after a long-brewing #MeToo reckoning. Based on an iconic 40-year-old comic arc of the same name, the film is also the directorial debut of screenwriter and producer Simon Kinberg, whose first contribution to X-Men in 2006’s widely-maligned The Last Stand tried in part to adapt the same storyline. Where other directors and writers were enamored by the blunt-force power of X-Men’s allegorical narrative and haughty superpowered melodrama, Kinberg has always seemed to favor a shortsighted fixation on busy spectacle, and his first and last contributions may be doomed to roughly equal contempt from the comic-book literati to whom Disney makes pandering seem effortless.

Dark Phoenix, in theory, follows the story of Jean Grey (Sophie Turner), the X-Men’s second resident telepath with psychic powers to rival their wheelchair-bound honorary patriarch, Professor Charles Xavier (James McAvoy, in bodacious hair or a Patrick Stewart bald cap depending on the time period). Like the series of hyper-absurd alternate history prequels before it, this film kicks off several decades in the past, introducing Jean’s powers with an intimately filmed traumatic childhood incident in 1975 that will likely ensure many of this PG-13 film’s youngest viewers do not make it through the first 10 minutes. Jean’s telekinesis reaps horrible unintended consequences for her family, but she is seemingly delivered from despair by a visit from an angelic Xavier.

Flash forward 17 years, and Jean is now a respected and vital member of the X-Men (or, as a defiant Jennifer Lawrence suggests they should be called in one of the film’s scant, awkward allusions to social concerns of the day, “X-Women”). When Xavier, whose mutant-training organization is now accepted by the capricious institutions of non-mutant society, receives an urgent direct phone call from the President (not the late George Bush, alas, but a nondescript white man known only as “President”), he sends the X-Men’s best and brightest on an emergency space mission to rescue a NASA shuttle crew from a psychedelic purple screensaver dubiously identified by scientists as a “solar flare.” The mission verges on catastrophe when Jean nearly sacrifices herself on Xavier’s orders, but contact with the ominous essence miraculously sends her home in what appears to be one piece. It’s not long, however, before a combination of funky eldritch space power and unearthed secrets about her past turn Jean into an emotionally and physically volatile force of destruction, thus tossing the X-Men into civil war and reversing years of evident PR progress for mutantkind.

Turner, freshly liberated from the nine-year commitment of Game of Thrones, is surely eager for her leading-lady turn–indeed, not only is her character the namesake super-antihero of the film, but her face is at the forefront of all its promotional materials. Though Jean Grey was a key character in the earlier X-Men films, when she was portrayed by Famke Janssen, she has only been portrayed by Turner as a side character in the overstuffed but intermittently dazzling X-Men: Apocalypse. Thus her upgrade to ostensibly tragic narrative centerpiece, though promising in theory, stands on rocky narrative footing right off the bat as she competes for attention with the characters who can claim an established presence in the prequel series: McAvoy’s Xavier, Lawrence’s Mystique, Nicholas Hoult’s Beast, and Michael Fassbender’s Magneto (whose presence here, despite being the most compelling character in all the other films, seems so contrived that he himself struggles to make sense of it). Their conflicting personalities and ideologies, and the potential for drama therein, are all known quantities, yet Kinberg is forced by the setup to try and establish depth in an essentially new character and bring her up to speed with the recurring cast in real time.

Unfortunately his answer is to not really bother, reducing Jean to a pared-down arc of crude Freudian angst communicated in scenes and dialogue so carelessly clichéd that even avid comic readers are liable to cringe: “What’s happening to me??” a lost Jean queries aloud to literally no one as she crumples down next to a backlot dumpster, in the rain, during the five or so minutes of the film in which we are to presume she’s hit rock bottom after inadvertently murdering a friend. (Or not-inadvertently? Jean’s degree of responsibility for the actions of Dark Phoenix is constantly questioned by characters, but never coherently answered by the film itself.) Her internal conflict, along with all commentary or debate over mutant rights, is rapidly drowned out by “bigger” conflicts more easily conveyed by expository dialogue and big effects: fallout over Professor Xavier’s hubris, a franchise-mandated rivalry with Magneto, and a Jessica Chastain-led army of affectless alien body-snatchers who dominate the film’s second half trying to nab Jean’s new poorly-defined space powers. (It’s almost tempting to applaud Kinberg’s choice to play the franchise’s eleventh-hour introduction of alien invaders with a 100% straight face, but their utter lack of distinguishing characteristics or personality makes that a difficult ask.)

In the midst of it all, Turner is given alarmingly little to actually do but exercise the host of pained expressions and tortured line readings she so thoroughly practiced on GoT. Her best scenes are early in the film and all too brief, as her infusion of dark power gives her an uncharacteristic surge of confidence and virility that manifests itself in her intimate relationships and social life, much like the early stages of Jeff Goldblum’s mutation in Cronenberg’s The Fly. Kinberg is, of course, too uninterested in nuances of character and too busy with grinding the outlandish plot ever forward to let any individual moment breathe, so after a couple of intermediary scenes of seemingly innocuous power-tripping Jean then rapidly falls the rest of the way into explosive bipolar madness that safely limits her emotional range without ever clearly elucidating her motives.

What else is there to say about this film? It exists. In composition and structure, it’s basically competent and eminently forgettable. Hans Zimmer, typically a DC loyalist where superhero adaptations go, composes a loud, droning score reminiscent of Hans Zimmer. Kinberg as a director attains a safe network TV-friendly level of visual clarity, super-fight choreography, and command of million-dollar CGI, even as he fails to find any especially striking images and hands off the film’s final, most visually distinct action setpiece to the second unit director. Stylized (but not too stylized) camera angles, ample closeups, and liberal use of slo-mo to isolate almost-stationary images indicate a reverence for superhero action comics to a point where they seem to have served as storyboards, but one wonders if Kinberg would be willing to go to Zack Snyder extremes of stark digital lighting and operatic beats to truly reproduce popular comics’ lavish id-driven hyperreality.

In the twilight of the X-Men, the best of these films still stand out from the competition in ways that Disney’s director-hostile, market-shaped products are unlikely to fully replicate. Singer’s initial two X-Men movies managed to coax eccentric, soapy pathos from the shared existential struggle of this super-minority whose photogenic powers are matched by the immovable force of the reactionary society that excludes them. Wildly successful R-rated spinoffs Deadpool and Logan each reinterpreted the X-mythology into narrower, character-focused narratives that offered radical departures in tone and genre from the PG-13 superhero standard without losing the misfit-loving thematic gist that defines X-Men at its brightest. Given to a single writer-director with studio clout and presented with all these options for possible creative angles before the looming shadow of Uncle Walt homogenizes all, Kinberg and Fox still voluntarily went in for a feebly “safe” approach which will likely satisfy no one. It’s not a disaster, just a lukewarm bellyflop, and a series of X-Men’s loudness and longevity deserves more.