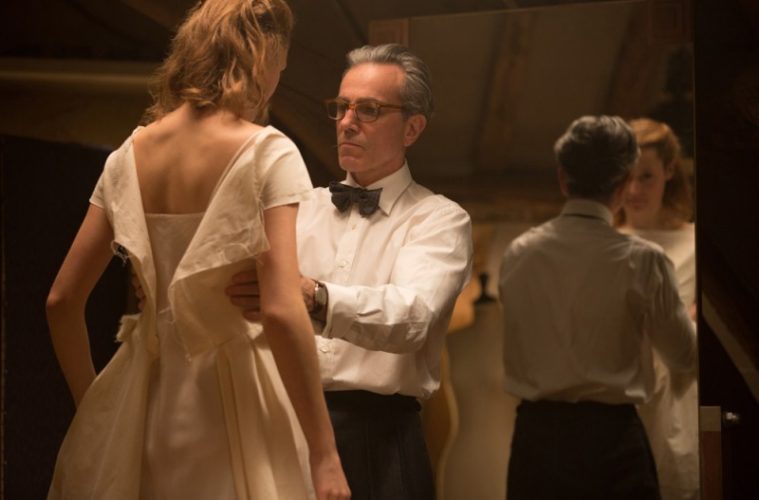 If you can press pause on your umpteenth viewing of the trailer for Paul Thomas Anderson’s Phantom Thread, a new look at the 1950s-set fashion drama has arrived. Before the first screening of the film, which stars Daniel Day-Lewis, Vicky Krieps, and Lesley Manville, occurs this Friday in LA for Academy and SAG members, Focus Features have released a new batch of images, as well as a SAG-geared poster, which takes a different angle from the official poster.

“It’s not your standard love story,” PTA tells EW. “It’s more peculiar for sure. A lot of directors have tried and failed to make Rebecca. I’m probably next in line, but it’s a different story. I’m a large aficionado of those large Gothic romance movies as the old masters might do them. What I like about those kinds of love stories is that they’re very suspenseful. A good dollop of suspense with a love story is a nice combination.”

See the new images above and below, as well as a new SAG poster. Update: A new teaser has also arrived to announce special sneak preview screenings.

For comparison, here’s the official poster: Set in the glamour of 1950’s post-war London, renowned dressmaker Reynolds Woodcock (Daniel Day-Lewis) and his sister Cyril (Lesley Manville) are at the center of British fashion, dressing royalty, movie stars, heiresses, socialites, debutants and dames with the distinct style of The House of Woodcock. Women come and go through Woodcock’s life, providing the confirmed bachelor with inspiration and companionship, until he comes across a young, strong-willed woman, Alma (Vicky Krieps), who soon becomes a fixture in his life as his muse and lover. Once controlled and planned, he finds his carefully tailored life disrupted by love. With his latest film, Paul Thomas Anderson paints an illuminating portrait both of an artist on a creative journey, and the women who keep his world running. “Phantom Thread” is Paul Thomas Anderson’s eighth movie, and his second collaboration with Daniel Day-Lewis.