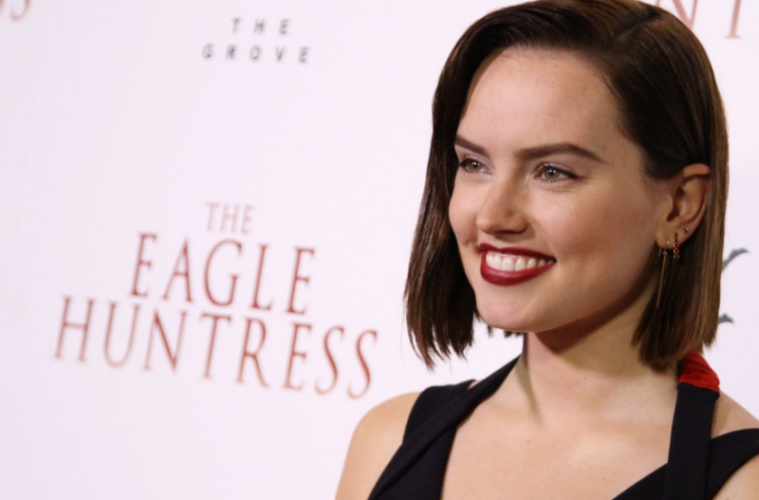 Even after long shoots in the brutal winter of the Eurasian steppes and mountains, Otto Bell’s documentary The Eagle Huntress still needed a few finishing touches when it premiered at the Sundance Film Festival this year. Meanwhile, Daisy Ridley, fresh off her star-making lead role in Star Wars: The Force Awakens, has shown a keen interest in unusual follow-up projects, such as performing a voice role in the long-delayed English dub of Only Yesterday. Ridley and Bell, unlikely allies, teamed up on The Eagle Huntress after Sundance, with Ridley joining the film as an executive producer and then making it yet another voice role for her, lending narration to tie a bow on the documentary. We sat down with Ridley and Bell for an interview to discuss the film, which is now in limited release.

The Film Stage: This movie exists at a cross between an anthropological doc, a nature doc, and a sports doc. Tell me a little about your approach.

Otto Bell: I wanted to sort of transport [the audience] to a very alien environment, an otherworldly place which we don’t necessarily know that much about, filled with ancient traditions. [Eagle hunting] is more than a sport for these people. It’s more than just a pastime. It’s something quite spiritual that has accrued over the thousands of years that they’ve been doing this. [I wanted] to dive into that world… and extrapolate universal themes [from it] which we can all appreciate.

So the eagles, the environment, the costumes, the look, the palette, the way of life – all of those things are just conduits in my mind for a story about a dad and his daughter. A story about girls being able to do any damn thing they want so long as they’re determined and strive for it, just like anybody else. And to have a thoughtful discussion about family and about overcoming obstacles, and about things I think we can all associate with, but just through the lens of this very different, anthropologically unique place.

How did you come onboard the film as an executive producer and narrator? Did you have any special appreciation for documentaries before this?

Daisy Ridley: What’s crazy is that I was at the Oscars this year, presenting the Best Documentary award. I have always been interested in documentaries. But when I was watching them, it was with more of a … I don’t really have a huge film knowledge, and I’m not even close to calling myself a film buff. But watching them, knowing that these stories are chosen, that’s kind of incredible filmmaking.

The week of the Sundance premiere, my agent sent a viewing link to me in an email. I don’t know how she came across it; I guess they had a meeting or something at work about it. She thought I would love it. Obviously, it was about empowerment and those kinds of things. I watched it at home and was blown away. I called or emailed my agent and was like, ‘I have to be involved some way.’

It’s actually funny, my mom hasn’t seen it yet. She wanted to when I got the screening link, but the email told me, ‘You have to delete this right away.’ I deleted it the minute after I watched it, because I’m so paranoid. Anyway, I had a call with Otto the night before the Sundance premiere, and it went from there. And I came on in one role, and was lucky enough to also be able to do a bit of narration. Which I’ve always wanted to do anyway, I don’t know, on something. To be able to do it on something I felt that powerfully about was really cool.

Did you always want to add narration to the film?

Bell: I wrestled with it at various points throughout postproduction. I used title cards in the version at Sundance for exposition purposes, to help orient the audience as to where they were in the world — key facts and stuff like that. I’m very grateful for the narration, because it does a bunch of things. It allows a younger audience to track along with the film. It gives them little footholds throughout to understand. If they can’t keep up with all those subtitles, they can track more easily thanks to her explanations.

But it also… I had this opening in mind from the very beginning, like the start of Prometheus or The Shining, where it starts by sweeping over the landscape. I had these beautiful, kind of indulgent aerials that we’d shot in the middle of the winter that I really wanted to shoehorn in some way. And people kept telling me, ‘No, you can’t put in there.’ I wasn’t able to use them appropriately. And then when we added Daisy’s narration, finally I could bring people into this landscape with her voice. I didn’t have a specific person in mind for a narrator, but having Daisy was great. Her voice is fabulous – and I’m not pumping her tires, she’s got an amazing voice for this sort of thing.

Talk about the recording process for the narration.

Ridley: We recorded for about half a day for around five minutes’ worth of narration. And actually, [Otto] says he thought it was gonna be indulgent. I thought I was gonna be like ‘Aaaand theeen this happened, and thiiiis happened.’ But we scaled it back quite a bit. We did a lot of takes, and I was exhausted by the end of it. Otto put everything he has into the film, and you want to do it justice. I mean, you always want to do something justice, but to be in the room with the person who has literally been there the whole way through is a particular kind of feeling. You wanna make sure it’s good. Plus, the story is so incredible.

Bell: I think it helped that we’re both British, which can help with the shorthand quite quickly. And I think we both agreed on how we wanted it to sound, which is not fairy-tale-esque, but has almost a degree of matter-of-factness about it – a sort of straightforwardness. Because that’s who Aisholpan is as well. We didn’t want to make it all hokey.

The Eagle Huntress is now in limited release.