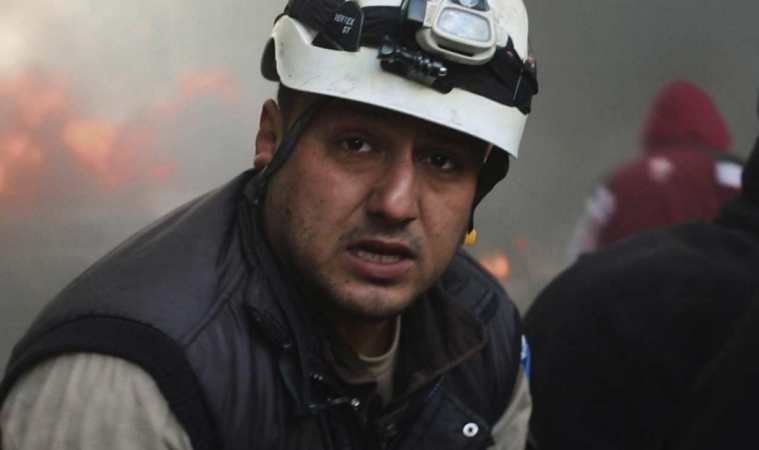 After the short The White Helmets won an Oscar this year, a feature-length film will arrive this summer depicting the same tragic conflict in Syria. The 2017 Sundance Film Festival’s Grand Jury Documentary prize winner, Last Men in Aleppo, is directed by Syrian filmmaker Feras Fayyad, and it follows a group of Syrian rescuers.

The organization’s founders — Khaled, Subhi and Mahmoud — force themselves into some of the most dangerous situations with the goal of rescuing civilian lives. Despite leaving Syria with their families, the documentary follows with these three courageous men as they join forces with other Syrian Civilians that seek to overthrow the oppressive regime of Bashar al-Assad.

Nowhere is the human toll of Syria’s ongoing civil war more brutally manifest than in the lives of Aleppo’s “White Helmets”—first responders to the devastating bombing and terrorist attacks that have pushed this city to the brink of collapse. Volunteers Khaled, Mahmoud, and Subhi rush toward bomb sites while others run away. They search through collapsed buildings for the living and dead. Contending with fatigue, dwindling ranks, and concerns for their families’ safety, they must decide whether to stay or to flee a city in ruins.

An unforgettable portrait of reluctant heroes, Last Men in Aleppo employs a strict vérité approach but unfolds like a classical tragedy. Directed by Syrian filmmaker Feras Fayyad in collaboration with the Aleppo Media Center, it’s a patchwork of resonant moments—some horrifying (pulling lifeless infants from the rubble), others improbably hopeful (playing a makeshift soccer game, building a fishpond, driving kids to a playground during a ceasefire). Together they are a testament to mankind’s capacity for unspeakable atrocity and an ode to courage and compassion.

Last Men in Aleppo hits theaters on May 3.