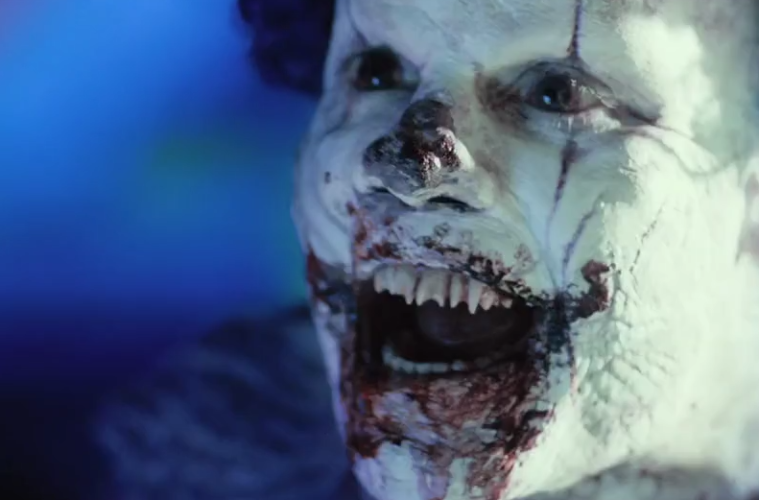 Returning to the director’s chair this year is Eli Roth, with his cannibal horror The Green Inferno, which premiered at TIFF (our review) and will hit theaters this fall. As to be expected, it won’t be the only feature Roth’s involved with this year, having built up an extensive producing slate. Today brings our first look at his latest, which should drill right into the fears of many viewers.

Based a fake trailer, we got word a little over a year ago that Roth was putting together a feature version of Clown, and now the trailer for the real film has landed. Directed by Jon Watts, the film stars Andy Powers as a father who puts on a clown costume for his son’s birthday, but a curse means he can’t take it off and, well, things go downhill from there. Also starring Laura Allen and Peter Stormare, it looks to contain some fairly haunting imagery and one can check it out below.

Update: Trailer removed at the request of The Weinstein Company.

Clown doesn’t have a release date yet, but don’t be surprised to see it at a festival such as SXSW or Fantastic Fest in the coming year.