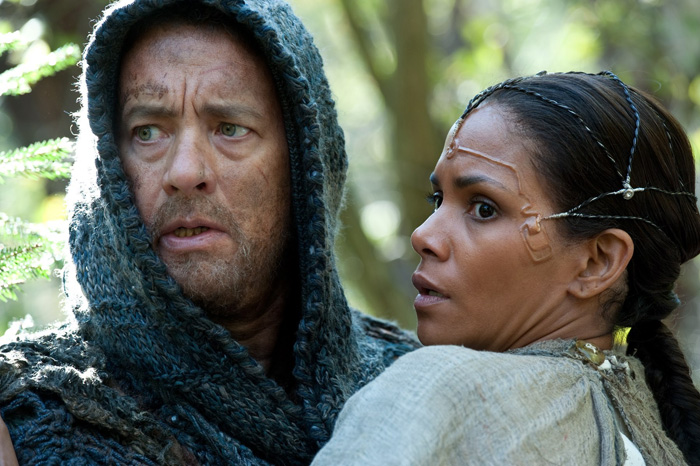 It’s safe to say that the next film from Wachowskis and Tom Tykwer is easily one of our most-anticipated for the rest of the year. We gave our positive take on the multi-century spanning epic Cloud Atlas back in Toronto and now with the film almost exactly a month away from release, Warners Bros. is gearing up with more materials on the film starring Tom Hanks, Halle Berry, Jim Sturgess, Susan Sarandon, Ben Whishaw, Jim Broadbent, Hugh Grant, James D’Arcy and Keith David.

In addition to announcing a same-day IMAX release, featuring a digitally re-mastered version of the film, the studio has also revealed seven new banners featuring many of the actors mentioned above. They do a great job of showing just how many different time and locations are captured. We’ve also got new TV spots which do their best in downsizing the six-minute trailer into bite-sized pieces. Check out all the banners below thanks to the official Facebook page, as well as the two new TV spots. “Cloud Atlas” explores how the actions and consequences of individual lives impact one another throughout the past, the present and the future. Action, mystery and romance weave dramatically through the story as one soul is shaped from a killer into a hero and a single act of kindness ripples across centuries to inspire a revolution in the distant future.