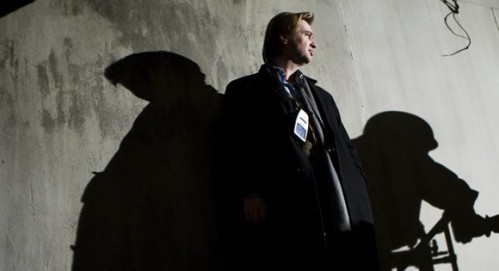 It seems as though Warner Bros. secretly wants Christopher Nolan to have a hand in all their projects. While I don’t see his involvement in Happy Feet Two, The Dark Knight Rises director (who “godfathered” Man of Steel for Zack Snyder) has come aboard another project.

Deadline reports it will be a supernatural thriller for the studio with Keith Gordon, who recently helmed some episodes of The Killing and Dexter, set to write and direct. Syncopy, Nolan’s company has set up the project with his partner Emma Thomas also taking executive producer credit while his “former assistant and right-hand guy” Jordan Goldberg will lead the project.

There are literally no details other than that it is based on a novel that hasn’t been revealed yet. I think the idea of Nolan at least have some guidance over projects, considering his experience in crafting exciting projects. A supernatural thriller also seems like a different path for the company and what they’ve previously been involved with. Stay tuned for updates, which hopefully include some sort of plot.

What do you think about Nolan producing a film like this? Have you enjoyed Gordon’s work on his TV shows?