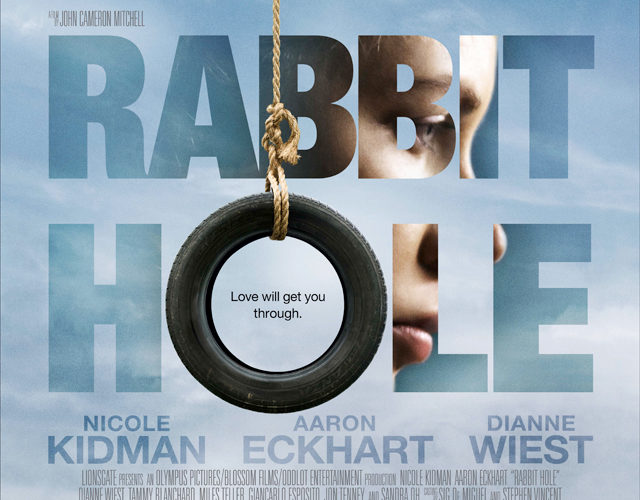 Check Out The Official Poster For ‘Rabbit Hole’ The official poster for the upcoming Nicole Kidman/Aaron Eckhart tearjerker Rabbit Hole has been released, and thanks to First Showing (and their source Hit Fix) we have it to show off to you wonderful readers. You can check it out below: For those unfamiliar with the movie, Rabbit Hole stars Nicole Kidman and Aaron Eckhart as grieving parents struggling to cope after the death of their young son in a car accident. It is directed by John Cameron Mitchell, whom you may know from Hedwig And The Angry Inch and Shortbus; in other words, this is a complete departure. The film, which was picked up by Lionsgate this year at the Toronto International Film Festival, will be released December 17th in theaters…just in time for awards season. How completely coincidental.

For more on Rabbit Hole, check out our own write-up of the trailer. You can also see Jordan’s TIFF review here.

What do you think of the trailer? Will you be seeing this?