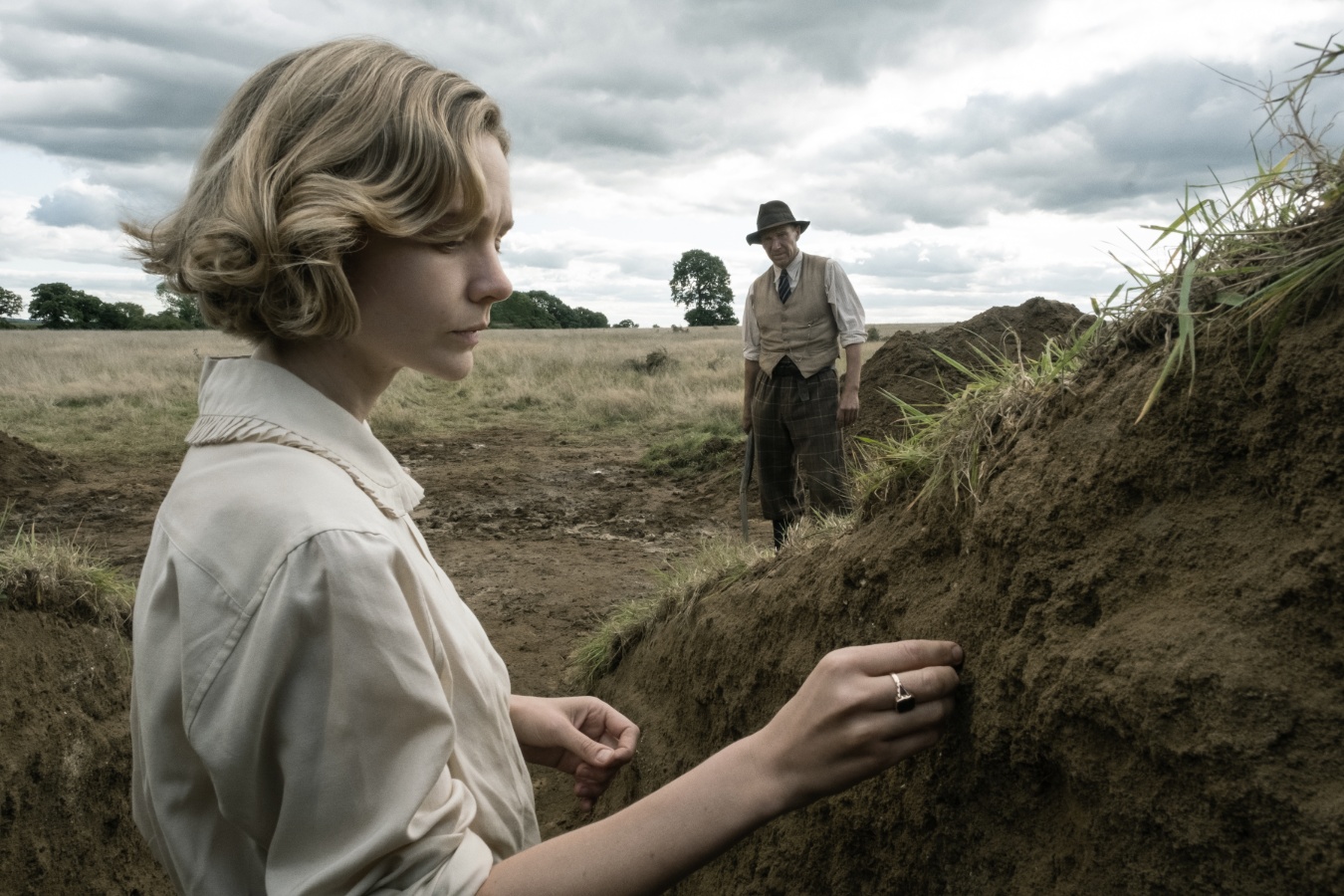 While they have a number of notable films before the year closes out, Netflix has now begun revealing their January line-up. The first trailer for Simon Stone’s The Dig, starring Carey Mulligan and Ralph Fiennes, has now arrived. Set for a theatrical release on January 15, then landing on Netflix on January 29, it’ll mark Mulligan’s second Oscar-qualifying film this season after Promising Young Woman.

Based on a true story, the film follows the trajectory of archaeologist Basil Brown (Fiennes), who discovered and excavated a real-life 7th century Anglo-Saxon Ship burial site, one of the most remarkable discoveries of the 21st century. With the property owned by Edith Pretty (Mulligan), she hired Brown to find out if anything of particular interest is buried beneath. Lily James and Johnny Flynn co-star as fellow archaeologists Peggy Preston and Stuart Piggott.

The Dig opens in select theaters on January 15 and on Netflix on January 29.