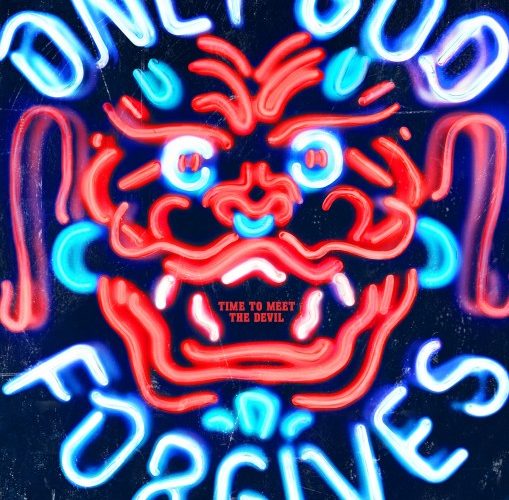 One of the most hyped films at this year’s Cannes Film Festival, Only God Forgives sees the reteaming of Danish helmer Nicolas Winding Refn and his newfound muse, Ryan Gosling, two years out from their successful collaboration in Drive. Set amidst an underground Muay Thai boxing club and glowing with hellish red lights from countless brothels, the mood and style is more emblematic of the themes Refn is interested in conveying than it is of some traditional narrative — in fact, much of the film serves more as symbolic representations for larger concepts, particularly religion and morality, than it does any real life characters. This abstraction in crafting the narrative is a double-edged blade for Refn: despite the gorgeous technical elements of the film and implied imagery, it’s hard not to think that Only God Forgives is little more than a slightly shallow fetishization of Asian revenge flicks.

The film focuses on two principal characters, a fugitive boxing trainer Julian (Gosling) — an almost silent protagonist with, it’s been said, merely 17 lines of dialogue — and Chang (Vithaya Pansring), an unforgiving retired police officer with a penchant for delivering brutal and merciless justice to the corruption that surrounds his country. After Julian’s brother commits a savage crime against a teen prostitute and is, then, murdered in retribution, a collision course for both Chang and Julian to confront one another is set in motion. The catalyst that propels this further is the arrival of Julian’s wickedly devilish mother, Crystal (Kristen Scott Thomas), a foul mouthed drug kingpin who pressures Julian to kill off all those involved with her favorite son’s murder. This skeleton of a plot is pure revenge genre pulp, yet Refn is less concerned with the motivation behind his characters, instead preferring to indulge in purely stylistic overtones. There is an almost Kubrickian attention to every detail and composition, including visual depth contained within each frame; heavy neon red and blue lights somewhat obviously punctuate the thematic elements of good and evil, while the blistering score by Cliff Martinez is maybe one of the best to arrive this year. Despite all these elements providing an excellent look and feel to the film, Only God Forgives struggles to elevate beyond that. What comes to the forefront, instead, is an unfortunately obtuse superficiality that prevents a coalescence of intended grander vision.

Punctuated by his trademark scenes of ultra violence and visceral confrontations, Refn seems to be combining many elements from his previous films. Though it definitely feels more in line with the clearly less defined Valhalla Rising than a tight ride such as Drive, there are similarities, almost tropes, from his body of work. The sudden outburst of rage, the slowed down movement of characters and the longing stares do feel at home for the director, by now, but is that enough to keep you interested? Maybe, maybe not, depending on what, if any, your preexisting thoughts are about Refn and his stylistic oeuvre.

There is a dedication at the end of the film to Alejandro Jodorowsky — another indication that Only God Forgives is more focused on creating surreal violent imagery than anything with genuine narrative.

Only God Forgives premiered at Cannes Film Festival and hits theaters and VOD on July 19th.