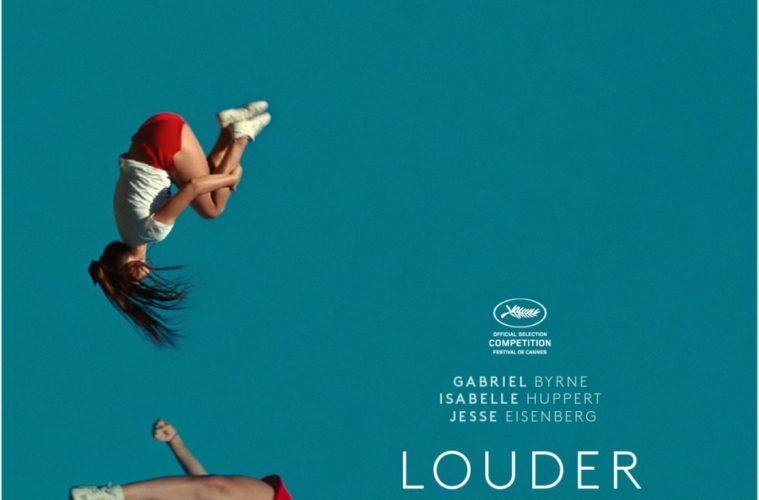 Joachim Trier’s previous features, his excellent debut Reprise and its near-perfect successor Oslo, August 31st, both co-written with Eskil Vogt, pulled off the remarkable feat of painting serious and moving portraits of a social class whose ills are usually deemed undeserving of sympathy. Though those films’ young, highly privileged and educated protagonists had all the odds stacked in their favor, their acute existential anguish was conveyed with incisive insight, which rendered it entirely legitimate and involving. Re-uniting with Vogt, Trier has left Norway with Louder than Bombs, moving stateside and tackling subjects whose grief doesn’t need legitimization: the members of a family torn apart by the sudden death of the mother. Disappointingly, despite the more direct points of access, the film lacks the complex characterizations and trenchant observational faculties that so distinguished its predecessors.

When an art gallery sets up a retrospective of the work of war photographer Isabel (Isabelle Huppert), deceased four years prior, the surviving members of her family – husband Gene (Gabriel Byrne), married 30-ish son Jonah (Jesse Eisenberg) and teenage son Conrad (Devin Druid) – enter a renewed confrontation with her death, forced to come to terms with the impact it’s had on their family as well as individual lives.

Louder than Bombs is Trier’s English-language debut, which has often proved a detrimental move for foreign directors. Language, however, isn’t the problem. Rather, it seems that in writing their script Trier and Vogt were overwhelmed by the challenge of representing a milieu outside of their personal experience. So many elements are strict clichés of Americana, overfamiliar from innumerable films and TV shows. These range from the particular, for example the “No Trespassing” sign on the door of Conrad’s room, to the narratively integral, such as his being a pimpled, videogame-playing loner who falls for the popular cheerleader at school.

These choices are unlikely to have been oversights, as the film is intent on keeping everything on the surface unexceptional in order to endow its themes with a more universal scope. Unfortunately, Louder than Bombs is unable to reach the depths of character necessary for such a strategy to work. To explore the family members’ respective struggles, as well as those of Isabel, whose death in a car accident was likely a suicide, the film makes copious use of flashbacks, voice-overs and hyperstylized dream sequences. For all their literalness, which often tends to the excessive, these devices offer precious few revelations.

With the exception of Druid, whose range of facial expressions appears limited to a single insolent scowl, the performances are all very good, particularly Byrne’s. It’s the characters that are entirely lacking in personality. Gene, for instance, is a loving and caring husband and father, kind to the point of being pathetic. This is his only notable attribute and it’s used to account for Isabel’s infidelity as well as his sons’ abuse. He may be a pushover, but it hardly justifies the degree of hostility with which both his sons, especially the elder, consistently treat him. The characters’ trajectories are equally insipid. Jonah’s is the worst amongst them. His marriage crisis is given as a fact not requiring elaboration, probably because the variables are so conventional – he married too young and his baby’s birth has triggered an existential freak-out – and the extent of his progression entails landing in bed with an ex girlfriend and drinking by himself at night.

Although Louder than Bombs endeavors to probe the complexity of the human condition, after almost two hours rehashing truisms and banalities, its grand conclusion about life – helpfully declared by Gene – is that “it’s difficult.”

Louder Than Bombs premiered at Cannes Film Festival and opens on April 8th. See our complete coverage below.