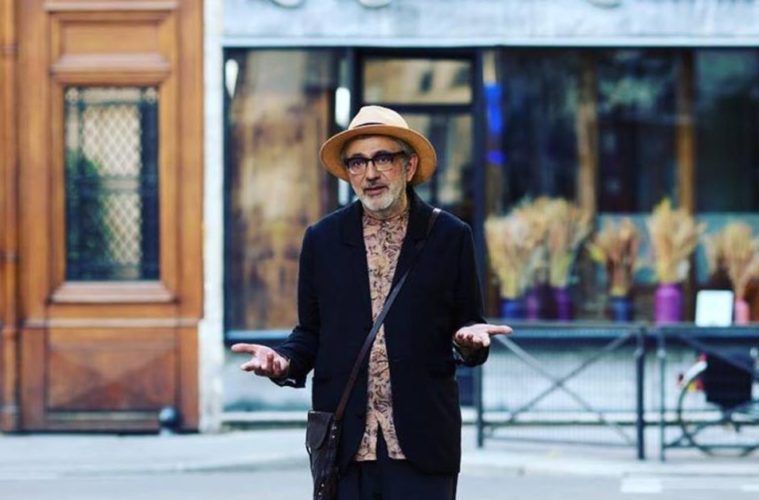 When it comes to cinema, the tragic situation in Palestine typically inspires grim documentaries or realist tales of hardship and war. Elia Suleiman has always opted for a different route, composing his fictions from fanciful vignettes that draw on the absurdity of his homeland’s occupation and casting himself as a silent, deadpan observer to the variously droll happenings (think Buster Keaton minus the physicality). In It Must Be Heaven, his alter ego travels to Paris and New York to find that, outward shine and lack of war notwithstanding, these strongholds of Western values don’t actually seem that different from Palestine after all.

This is the main point put forward by It Must Be Heaven, which ultimately doesn’t prove all that illuminating. In Paris, many of the vignettes focus on the ubiquitous presence of the police and military. From his balcony, Suleiman observes a group of policemen speeding down the road on electric unicycles that make sounds like UFOs. Later, he stands by as a seemingly endless procession of tanks roll down an avenue, gigantic machines of war that look completely out of place framed by the elegant architecture of central Paris. These are striking images, for sure, but they’re not as inherently funny as Suleiman thinks they are and soon grow tiresome through sheer repetition.

The cultural humor is generally rather broad, tending to the obvious. In New York, Suleiman goes to a grocery store and after noticing that one of the shoppers is carrying a holstered handgun, he realizes that everyone is armed to the teeth: Kalashnikovs casually slung over the shoulder, ammunition belts hanging from baby prams. And that’s the whole extent of the joke. Then there’s moments that come dangerously close to racism. One scene in a New York taxi with a caricatural black driver who is amazed by the mere fact of Suleiman being Palestinian, exclaiming “Kafarat!” (instead of Arafat) over and over as his only point of reference, hits a particularly bum note.

Perhaps most grating, however, is the patronizing superiority that emanates from Suleiman’s character, underlined by the constant close-ups of his face impassively acknowledging the universal stupidity of the world. At one point, he goes to see a film producer to discuss his pitch for a film titled It Must Be Heaven. The producer turns the project down by saying that, although the company is very supportive of the Palestinian cause, Suleiman’s script is just not “Palestinian” enough for them. Cue reaction shot of the director inviting us to scoff at this small-minded fool and, by extension, any other fools amongst the audience who might deem the film they’re currently watching to be anything short of brilliant.

In Divine Intervention, whose narrative was similarly framed by a meta-concept about Suleiman working on the film within the film itself, there was palpable rage and indignation simmering below the whimsical surface. It Must Be Heaven, by contrast, doesn’t feel at all urgent. By the time Suleiman’s character finishes his world trip and returns home, all he leaves us with is the reassurance that the Palestinian people are resilient and, eventually, will be free as well. That’s a terribly lazy note to end on. Some might even call it trivializing.

It Must Be Heaven premiered at Cannes Film Festival.