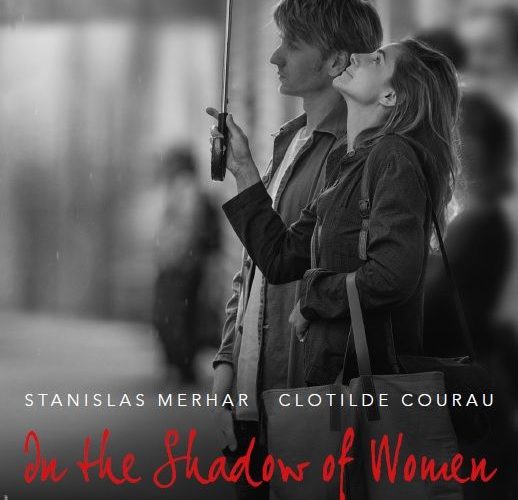 [Cannes Review] In the Shadow of Women

While fitting snugly in the overall cohesiveness of Philippe Garrel’s filmography, In the Shadow of Women nevertheless feels like a companion piece to its predecessor, the 2013 critical hit Jealousy. Garrel’s latest is also shot in black-and-white, kept within a similarly svelte running time (73 minutes), and its pared-down story of marital infidelity again takes the jealousy intrinsic to adult relationships as its primary theme.

In the Shadow of Women revolves around Pierre (Stanislas Merhar) and Manon (Clotilde Courau), a married couple living in a run-down Parisian apartment and struggling along as documentary filmmakers. The strain in their relationship is apparent from the outset and both soon embark on individual affairs. The contrast in their respective motivations – Pierre’s is physical; Manon’s is emotional – and reactions upon learning of the other’s unfaithfulness – Manon is understanding; Pierre is seething – lays bare the asymmetries in their marriage, forcing a confrontation with truths hitherto swept under the carpet.

The film doesn’t pretend any of this is particularly groundbreaking. On the contrary, Garrel’s exceptional achievement is managing to treat such potentially trite material with a freshness that is discreetly radical. Paradoxically, he does so through means that feel decidedly old-fashioned. The grainy 35mm monochrome and unassuming framing and editing; the omniscient voice-over narration; the Nouvelle Vague-ish relationships mired in adultery and focus on quotidian detail enlivened by free-flowing, naturalistic dialogue; the bohemian/intellectual flair of the couple’s apartment with its peeling wallpaper and overflowing bookshelves – on the formal as well as narrative level, virtually everything about In the Shadow of Women could belong to the 60s or 70s. In fact, for the film’s first half, one has the impression the story is set in those years.

This impression is deliberate. The retro-leaning production and costume design reinforce the period feel, while scenes showing Pierre and Manon working on a flatbed editor or shooting their documentaries on film, their camera comically outsized by today’s digital standards, are purposely misleading. When a character eventually pulls out a cellphone, the illusion is ruptured. Thereafter, the mise-en-scène gradually widens, taking in ever more details from contemporary life, which transplants the characters to the present and underlines not only the timelessness of the film’s themes, but also of this style of cinema.

One inappropriate aspect of the old days that the film wishes to redress – or at least address – are the sexual politics. In the cinematic tradition referred to with such nostalgia, men are always prioritized. As indicated by the film’s title, here it is Pierre that is overshadowed. Though he remains central, in his grating conduct towards the significantly more appealing Manon and Elisabeth (Lena Paugam), the student with whom he has his affair, Pierre comes off as a self-righteous, insensitive, and blindly destructive egotist.

The delightfully ironic narration (voiced by the director’s son, Louis) gets excellent comic mileage out of highlighting Pierre’s glaring double standards and macho justifications. At the same time, despite conceding its irrationality, Garrel doesn’t exactly discredit Pierre’s point of view. The film’s ambitions in this regard are limited and its main intent is an expression of universal empathy in the face of the irreconcilable yet vital contradictions between the sexes. This is achieved with heartfelt sensibility and steering away from any grand revelations, Garrel concludes his film on an exquisite note of cheerfully resigned fatality.

In the Shadow of Women premiered at Cannes Film Festival and opens on January 15th. See our complete coverage below.