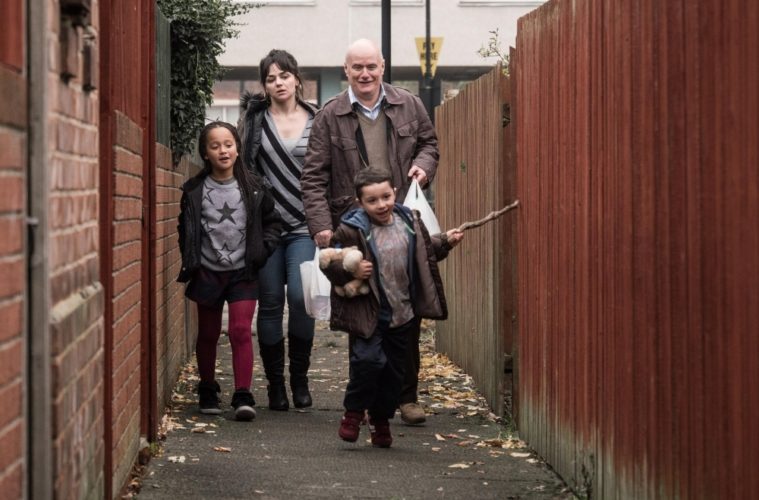 It’s been two years since Ken Loach took Jimmy’s Hall — a rather muted film by his standards, rumored at the time to be his swansong — to the Competition here at Cannes. It was a fine piece of work, although somehow quite nostalgic and uncharacteristically resigned. There was a lingering sense that the passion might have gone, but the great social realist has returned to the Croisette this year with fire in the belly and injustice on the mind. I, Daniel Blake is his most urgent and perhaps finest film in years. It follows a man of a certain age as he attempts to scale a mountain of welfare bureaucracy in order to be granted the necessary benefits to get by. It’s often warm and quite funny, but is, at heart, a damning critique of the Tory government in Britain and their belt-tightening austerity measures, as well as a rallying cry for those who fall through the cracks.

We’re in Newcastle in the North East of England. A sweetly accented Geordie named Daniel Blake (stand-up comedian Dave Johns in his first feature film role) is speaking to his GP. It transpires that Blake has a heart condition and won’t be able to work for an indefinite period of time. He’s a skilled carpenter, a widower and — as Loach will constantly remind us — a pretty decent guy. Recommended by his doctor to sign on for social welfare, Blake reluctantly makes for the dole office, confident that his years of skilled labor have earned him such a right. Social justice has always been the quintessential Loachian theme, as has pointing the finger at any authorities attempting to rig the game. An in-house stooge ticks a box and denies Blake his benefits, despite the written recommendations of his physician and GP. He soon finds himself being passed off from one absurdly titled government employee to the next, thus ensuing a nightmarish, Kafka-esque merry-go-round.

Loach strengthens the human angle by introducing a pseudo father-daughter relationship between Blake and Katie (Hayley Squires), a woman he meets in the welfare office. A single mother of two, Katie has moved from her native London to Newcastle having not been able to find affordable council housing.  She tells Daniel that they want to get rid of her “kind.”

There’s enough in here to fill a few pamphlets if not an entire manifesto. Katie’s situation throws light on issues of gentrification and skyrocketing property prices. Daniel’s neighbor, a young man named “China,” bemoans his zero-hour contract while at the same time operating a vaguely legal business selling cut-price authentic trainers on the street. He gets them cheap from a pal who works in the factory in Guangzhou — Loach clearly in favor of this shrewd cutting out of the middleman. The guys’ relationship is based on a shared appreciation of the English Premier League, and while modern day top-flight football might not be the best place to go for democratic-socialist ideals, the sentiment of internationalism feels right on.

Working with his ever-present scriptwriter Paul Laverty, Loach finds all kinds of warmth and humor in the colloquialisms and general decency of Newcastle’s working class, all of which is boosted by the performances of a very on-board cast. There’s a combination of tenderness, simplicity, and political awareness to the script that few, if any, current writer-director combos are able to harness. Aside from a few emotional wrecking balls and the central scene from which this film gets its title, everything moves along at a steady pace.

Far from being anything to do with a late emperor of Rome, the moment of protest is the sort of thing that, in the real world, might have gone viral, but Loach chooses not to play that card. This cultural blind spot proves to be an exception in a film that otherwise feels wholly contemporary and on-point, Loach raising issues of social injustice with more optimism and spirit than a man of 80 years (!) should naturally harness. He’ll hit that milestone next month, and if this is to be the director’s final film, he will be closing out his career in the same fashion as he began. Whatever void he leaves behind will be vast.

I, Daniel Blake premiered at the Cannes Film Festival and will be released on December 23. See our festival coverage below.