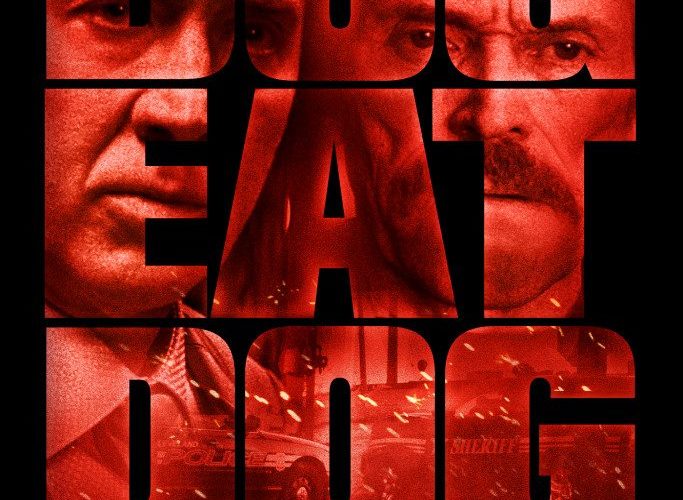 Paul Schrader might want to consider expanding his thematic scope a little. Decade after decade, film after film, regardless of whether he’s been writing scripts for others (Martin Scorsese, first and foremost), or sitting in the director’s chair himself, the erstwhile Calvinist has come back to the theme of redemption with obstinate persistence. His protagonists are almost always men, they’re almost always amoral sinners of some ilk or other, and they almost always yearn to break out of the wicked, vicious cycles on which their lives have been relentlessly spinning. Not an unfruitful theme by any means, considering it has given rise to many a masterpiece across the history of cinema – of all arts, really – but Dog Eat Dog suggests that, as far his own filmmaking is concerned, Schrader may have exhausted its potential.

Things actually look promising at first. Taking the trashy gusto exhibited in The Canyons to whole new extremes, Schrader goes full exploitation for Dog Eat Dog’s first act. In the delirious opening, a wonderfully withered Willem Dafoe, sporting a horseshoe mustache and a collection of awful tattoos, is first shown snorting a huge line of something in front of the TV, then losing his shit at a telemarketer and smashing the phone to pieces, then going into the toilet to inject himself with a hit of something else, then getting into a fight with his lover, then brutally murdering both her and her young daughter with the knife he keeps holstered to his ankle. All of this is depicted at breakneck speed and with anarchic abandon: the editing is all over the place, the image is tinted with various colors – neon pink and blue and green – the frame is fractured and distorted with cheaply rendered hallucinations, and Dafoe – whose character is fittingly called Mad Dog – chews up the scenery, grimacing, screaming and stabbing away at his victims, their blood spraying all over the place.

Although the film never reaches this level of energy again, it remains a lot of fun as Mad Dog and his former prison buddies, Troy (Nicolas Cage) and Diesel (Christopher Matthew Cook), engage in a series of crimes executed with frightful incompetence. With its unglamorous criminal milieu, explosive violence, pulpy characterizations, and free-flowing dialogue full of political incorrectness and pop-culture references, this first section of Dog Eat Dog is strongly reminiscent of early Tarantino, and Schrader directs the material with enough panache to offer many of the same pleasures. (In fact, the script by Matthew Wilder is based on a novel by Edward Bunker, a favorite author of Tarantino’s whom the director cast as Mr. Blue in his debut, Reservoir Dogs.)

These pleasures quickly evaporate following the trio’s botched attempt at one last job that would have made them rich and allowed for their retirement, at which point Schrader relinquishes the nihilism relished thus far in favor of a forced and banal solemnity. Narratively unjustifiable and relying entirely on clichés, the tortured desire by each of these utter reprobates to lead a more righteous life is neither convincing nor involving. Lacking the earlier stylistic exuberance, Dog Eat Dog loses all momentum, taking forever to come to a conclusion both foregone and deeply dissatisfying.

Dog Eat Dog premiered at the Cannes Film Festival and opens on November 4. See our coverage below.