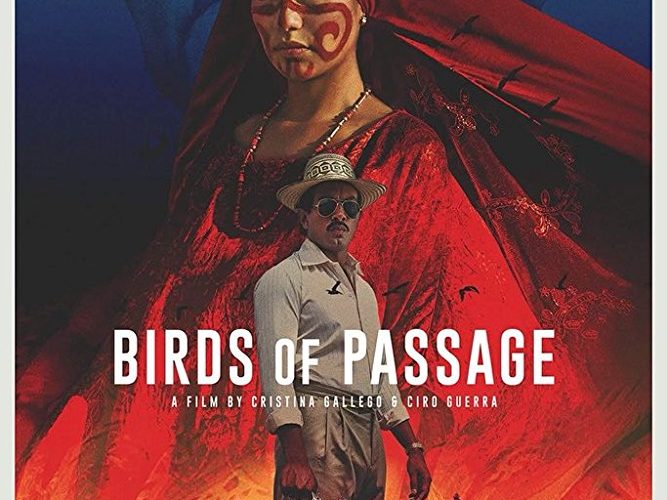 Cannes Review: ‘Birds of Passage’ is an Effectively Violent Crime Drama from an Indigenous Perspective

It probably says more about Ciro Guerra’s last film than this inimitable new offering (which he co-directed with his long-serving producer Christina Gallego) to suggest that fans of Embrace of the Serpent might find Birds of Passage just a little on the linear side. However, to compare the two is surely akin to comparing the varying potency of two strains of class-A hallucinogens. Set in Colombia in the 1960s, this violent, operatic, and sparsely trippy film follows the early days of marijuana trafficking in the region. Don’t worry if that all sounds a touch familiar.

Granted, we’ve grown accustomed to the world of cartels, no more so perhaps than in recent years. The thing that sets Birds apart is that Guerra and Gallego tell their fable from the perspective of the indigenous Wayuu people. Jose Acosta plays Raphayet, a self-assured bachelor who will marry a young woman named Zaida (Natalia Reyes)—daughter of Ursula (Carmiña Martínez), the village Matriarch (capital M)–after a thrilling courtship ritual known as the Majayura, during which the woman, decked out in flowing red, dances towards the man–an early high watermark of Birds‘ consistently thrilling visuals. Zaida’s dowry consists of goats and bead necklaces. Needless to say, we’ll be reminded of the humbleness of those items throughout the film.

Trading in the crisp black and white of Serpent, cinematographer David Gallego works wonders counterpointing the lush color of the Wayuu peoples’ clothing with the stark desert landscapes of the northern Guajira peninsula. There is also a notable aesthetic obsession with close-ups and brash music. Yes, there is more than a touch of Sergio Leone to all this. One day, by chance, Raphayet runs into a group of young Americans looking to score some weed. They enjoy the product and soon come back for more and more in larger and larger quantities. The village huts are quickly supplanted by an insanely chic modernist house. Goats and horses are traded for huge 4x4s. Materialism becomes the new mark of power. Envy of that power soon grows amongst the local families. You might see where this is going.

Guerra and Gallego have made something rather unique here. Birds may follow the rise and fall narrative arc of basically every crime saga since Cagney and Edward G. Robinson began filling theaters in the early ‘30s, but by telling it from the indigenous perspective the filmmakers have made a movie not so much about myth-making and antiheros, but instead a fable about capitalism, lost heritage, and a death of the soul. This is further evidenced when Zaida’s son comes of age and is shown not as the pragmatic Michael but as the petulant Fredo. Traditions have faded in the bright lights of power and greed.

As effectively violent and entertaining as Birds may be, there is a real current of bitterness and tragedy running through it. That bitterness speaks not of the physical colonization we saw with the conquistadors and rubber barons of Serpent, but more of a sort of colonization of ideas.

Birds of Passage premiered at the Cannes Film Festival and opens on February 15. Find more of our festival coverage here.