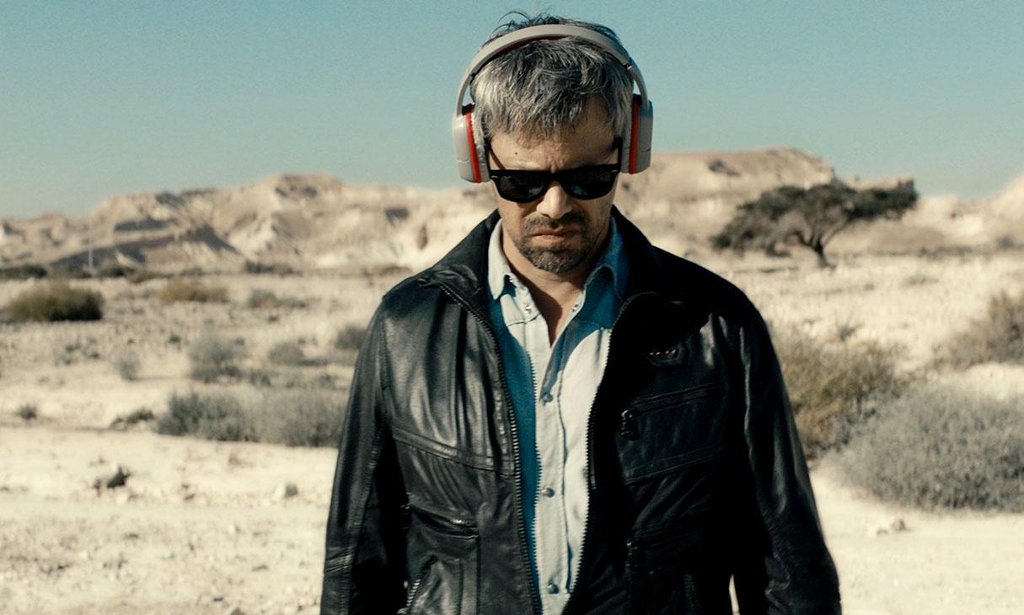 It’s always interesting, at the beginning of any Nadav Lapid film, to note the myriad Israeli institutions that have backed the project. Since Emile’s Girlfriend (2006), Lapid’s work has sought to make sense of Israeli society—his criticisms a byproduct of attempting to articulate the confusion and warring arguments in his own head. Having won Berlin’s Golden Bear with Synonyms in 2019, Lapid could claim to be the most renowned Israeli filmmaker of his generation. That his work is at risk of falling afoul of that same state speaks volumes about the country’s ever-increasing authoritarianism as a whole.

Further confirmation of that renown came with news that his latest would compete for the Palme d’Or at an already-stacked Cannes. It’s titled Ahed’s Knee, a blistering work of meta filmmaking Lapid shot during the pandemic and that addresses censorship concerns head-on. The film is based on an experience Lapid had in 2018 when he was invited to introduce The Policeman in Araba, a remote region in the north of the country. He spoke on the phone with a local woman who was then working for the ministry of culture. During their conversation she expressed misgivings about the state in surprisingly frank terms. A journalist friend suggested he record the woman in secret and give it to the press, but Lapid couldn’t bring himself to do it.

Ahed’s Knee covers many beats of that story. It follows a filmmaker, Y (Avshalom Pollak), on his way out to Araba for a screening where Yahalom (Nur Fibak), a woman from the ministry, shows him around his accommodation. He is quickly enamoured with her obvious fawning (in a cringingly self-conscious move, Lapid has the director namedrop classic cinema as a means to impress). Like more than a few autobiographical works from male directors, Ahed’s Knee proves notably horny. Y is seen checking Tinder, where he flirts with a married woman; he catches the eyes of a young hitchhiker, but she passes on the ride; he even takes a queasy interest in Yahalom’s much younger sister. It is a curious digression—a admission of his own fallibility, perhaps.

It is also a film about filmmaking. In the beginning Y is on a project about Ahed Tamimi, the Palestinian protester who, at 16, was imprisoned for slapping an Israeli police officer attempting to raid her house. (Lapid opens on a casting session and plenty close-ups of knees; they are, according to him, “a symbol of strength and fragility.”) Y’s own radicalization—the result of an elaborate hazing during his military service seen in flashback—will later become a central plotline, as will the health of Y’s mother, who is suffering from lung cancer.

Ahed’s Knee eventually forms a defiant tribute to Lapid’s own mother, who died around the time he was editing Synonyms. He has Y quote her before the screening, saying “In the end, geography wins.” Before adding, “Not necessarily in a good way.” The director’s desperation is palpable—a mood as arid as the surrounding Araba landscape. Lapid notably has Yahalom shot in sharp contrast to those surroundings, all warm and homely in floral dresses, and has the camera flick back and forth: on one side the barren wastes of dissent, on the other the comforts of compliance. Walking with Yahalom while the film screens, Y’s frustrations build to a searing crescendo as he lashes out against the government’s proposed new “loyalty” laws—a direct shot to the kneecaps of filmmakers in his mode. Strength and fragility, indeed.