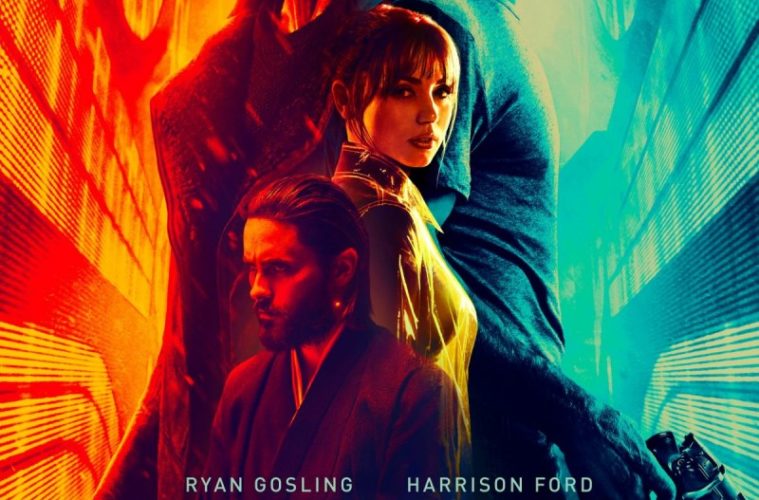 Review: ‘Blade Runner 2049’ is the Best Cyberpunk Film Since ‘The Matrix’

The makers of Blade Runner 2049 tricked a clutch of production companies into giving them nearly $200 million to make a languidly paced, ponderous, deliberately action-reticent blockbuster. That on its own would be impressive, but all the better, the result is the best cyberpunk film since the original Matrix, and the best big-budget American science fiction film in years. I would even say that it easily surpasses its predecessor (though outside of its production design and score, I am not a fan of that movie, so consider this opinion with that in mind), building on its themes and aesthetic to walk its own path.

In 2049, there’s still a need for “blade runners” to hunt down rogue replicants — bioengineered artificial humans used for various forms of labor. LAPD blade runner Officer K (Ryan Gosling) stumbles upon the trail of the original movie’s protagonist, Rick Deckard (Harrison Ford), during one hunt. This is an honest-to-god detective film (something the original makes gestures towards before pretty much abandoning after a while), with each sequence revolving around one new small step in K’s investigation, but then using that as a trigger for its philosophical concerns. Which is not to say that it is a series of speeches, though there are some — mostly delivered by Jared Leto, but relax: he’s not actually in it that much. Where it counts, the movie sparks its thoughts visually.

A holographic projection of an artificial intelligence (Ana de Armas, the movie’s secret weapon and heart) dances in the rain, adjusting its display so that the person depicted becomes wet – it knows what a human in the rain looks like, what joy looks like, but it must remind itself how to act. A woman makes subtle adjustments to an environmental projection using a device that looks like a camera lens assembly – capturing imagery and creating it are unified. In the ruins of Las Vegas, holographic recordings of ‘50s superstars walk about, ghosts of recreations of remembrances of shared culture. The original Blade Runner raised questions about the relationship between memory and identity, and 2049 goes further, interrogating the interplay between memory, personality, humanness, and seeing.

Cinematically, we associate memory with sight, and interpret character through what we watch people do. In this world, in which humans and nonhumans interact regularly (and it isn’t always clear to the audience or the characters themselves who is human and who is not), the lines between the performance of humanity and actual humanity shimmer like a mirage. And that’s before the film gets to the question of what the difference even is between the performance of humanity and actual humanity. Many of these ideas intersect at a nexus in an incredible sequence destined for the sci-fi canon, in which an AI initiates sex with her human “husband” by projecting her holographic self over a hired prostitute. It’s a tender, mesmerizing scene in which every motion is fraught with emotional and psychological weight, a triumphant unity of the actors, script, and visual effects.

2049 revisits some familiar environs from the original film, but is mostly uninterested in retreading the familiar. K’s search for Deckard takes him to all corners of a Los Angeles that isn’t so much futuristic as it is post-future, smothered under monolithic structures and choked with climate-change-spurred weather. (It snows in Southern California now.) The production team has made incredible use of different locations in Budapest, upholding an endangered sci-fi tradition of finding existing places that look futuristic instead of always opting for CG creations. Cinematographer Roger Deakins makes the sterility of digital photography an asset, concocting a world that truly looks and feels bereft of nonhuman organisms. When people marvel over a carved horse made of real wood, you believe they’ve never seen a tree before. Deakins and director Denis Villeneuve also utilize color to vivid effect, associating yellow with the hostile depravity of industry, red with pollution, grey with order, and more.

2049 only stumbles where it’s too much like other popular sci-fi. There’s more exposition than there needs to be. (I almost always find that any film can do away with title cards and a good deal of explanatory talk and flashbacks while remaining perfectly comprehensible.) The movie raises the metaphor of replicants as slaves but ignores the racial implications of this, again using such a setup to imagine the enslavement mainly of white people. It is conscious of the gendered aspects of objectification (both a newborn replicant and a hologram advertisement for an AI “wife” are naked, beautiful women), but it does not quite successfully grapple with this either, leaving it sometimes feeling exploitative. But those are hiccups. Blade Runner 2049 marries its ideas to its narrative in a way that blockbusters too often fail to these days. More importantly, it puts these ideas to a poignant end, bringing its characters to tragic or bittersweet reckonings in a manner that would do any of the old sci-fi masters proud.