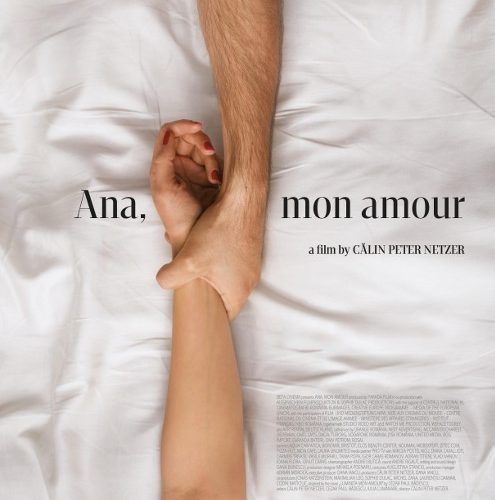 Berlin Review: ‘Ana, mon amour’ is a Gripping and Ferociously Bitter Account of Falling Out of Love

We only hurt the ones we love, or at least it seems that seems to be the norm in Cãlin Peter Netzer’s latest film, a cerebral examination of love in decay that appears to be the Romanian New Wave’s (if we can still call that) answer to Derek Cianfrance’s Blue Valentine. Romping, eroding, and unraveling over the course of about a decade or so, Ana, mon amour (Netzer’s first film since winning the Golden Bear back in 2013 for Child’s Pose) concerns itself with the doomed romance of Tomo (Mircea Postelnicu) and Ana (Diana Cavallioti) from their very first sexual encounter (self consciously talking philosophy in their university dorm room before taking things up a notch) to marriage, child birth, and ultimately, disaster.

Our star-crossed lovers, we soon learn, are from very different backgrounds. Ana is the daughter of working class Moldovan immigrants and Tomo is the only child of a wealthy academic family. What’s more, it appears that Ana’s father (stepfather really, but the man who raised her nonetheless) defected from the army. A little later — during an argument with his parents — Tomo accuses his father of being a communist informer. Netzer’s use of class and political distinctions to define his two protagonists at first seems to suggest that we might be in for an exercise in social commentary. However, as it soon becomes clear, the seeds being planted are of a more subtle variety.

Just listening to the title, Ana, mon amour, spoken in the first person and vaguely possessive, it should give the viewer an idea of what sort of perspective this story will be told from. Tomo is the lead. Ana is first his lover, then his wife, then his mission, then his problem. Ana has issues with her mental health and suffers from panic attacks. She visits a shrink who we never meet. We are, however, shown an extended sequence of Tomo confessing to a priest and in the furthest forward section of Peter’s fragmented script — the last word, you might say — it is Tomo who we observe at the therapist.

Netzer jumps back and forth from that first coital haze to when Ana was at her worst point, to the birth of their son Tudor and Ana’s full recovery and newfound success in the publishing world. Netzer ages his actors in a very believable fashion — all world weary expressions and receding hairlines — and as the years pass by, the tone shifts from a sort of warm highbrow brand of romantic comedy to bitter realism. Tomo believes he has stuck by Ana, financially and otherwise, when no one else would and feels she owes him one. Tomo later decides to leave a staff-writing job at a newspaper (suspend your disbelief!) and with Ana now the garnering more money, she begins to bankroll him. Chastised by this new set-up, Tomo grows frustrated and paranoid.

It’s an interesting and quite tragic saga, as if Linklater were to cut his Before trilogy into a single film. The abandon with which they innocuously reference philosophers in the opening sequence — when sex is on the brain — is replaced with poisonous heartfelt words in the future scenes when any physical desires have gone. It all ends on quite a peculiar mystery — one that seems to come out of nowhere — but however one-sided Ana, mon amour can be at times, it’s undeniably compelling drama and, unlike Tomo and Ana’s romance, more than worth the trip.