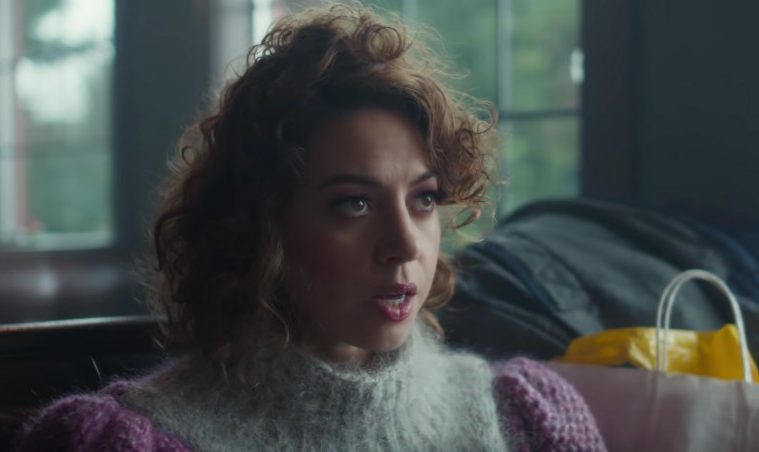 After the grossest of gross-out comedies, The Greasy Strangler, writer-director Jim Hosking returned to the Sundance Film Festival this year for his follow-up, with quite a bigger cast. Following a strange night surrounding a “magical” event, An Evening with Beverly Luff Linn, starring Aubrey Plaza, Jemaine Clement, Emile Hirsch, and Craig Robinson, continues Hoskings’ peculiar brand of comedy, albeit in a slightly more palatable form. Ahead of an October release, the first trailer has now arrived.

“I think it’s strange that I do make these kinds of films when I don’t watch anything remotely like them,” Hosking tells Film4. “I don’t watch comedies, I watch serious stuff and emotional films and sad films, I’m much more drawn to sad, human kinds of films. Maybe that’s just how I am as a person, and then when I make stuff, I need to have a release, so then I make this other stuff where I can take the lid off everything that I might suppress otherwise.”

After getting fired by her scheming husband Shane Danger (Emile Hirsch) from his cappuccino shop, dissatisfied Lulu Danger (Aubrey Plaza) is stunned when a TV commercial for “An Evening With Beverly Luff Linn For One Magical Night Only” reveals a mysterious man from her past (Craig Robinson). When Shane and his bumbling cohorts steal the cashbox from Lulu’s adopted vegan brother Adjay (Sam Dissanayake), specialist Colin (Jemaine Clement) enters the fray to retrieve the stolen funds. But Lulu seizes the opportunity to run off in search of her mystery man—and events only become stranger from there. This is a story of love, theft, athletic swimming, and a magical magical event.

An Evening with Beverly Luff Linn opens on October 19 in theaters and on VOD.