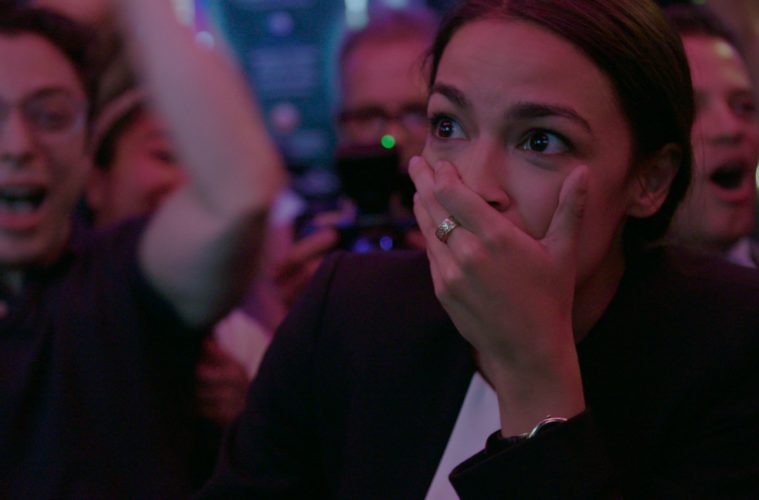 When it comes to recent politically-charged moments getting the documentary treatment, they can often feel like rush jobs, but that wasn’t the case when Rachel Lears premiered Knock Down the House at Sundance this year and walked away with the top audience favorite prize.

Following Alexandria Ocasio-Cortez, Amy Vilela, Cori Bush, and Paula Jean Swearengin as they fought the powers at be to make history, Netflix quickly snatched up the film and it’ll now hit theaters and their platform next week. Ahead of the debut, the first trailer has also arrived.

Jake Howell said in our review, “Rachel Lears’ Knock Down the House is a fun, emotionally powerful, inspiring look at the incredible wave of would-be politicians that sought, in 2018, to challenge status quo Democrats and enact meaningful change—all while refusing money from Wall Street fat cats and big business super PACs.”

Four exceptional women mount grassroots campaigns against powerful incumbents in Knock Down the House, an inspiring look at the 2018 midterm elections that tipped the balance of power. When tragedy struck her family in the middle of the financial crisis, Bronx-born Alexandria Ocasio-Cortez had to work double shifts as a bartender to save her home from foreclosure. After losing a loved one to a preventable medical condition, Amy Vilela didn’t know what to do with the anger she felt about America’s broken health care system. Cori Bush, a registered nurse and pastor, was drawn to the streets when the police shooting of an unarmed black man brought protests and tanks into her neighborhood. A coal miner’s daughter, Paula Jean Swearengin was fed up with watching her friends and family suffer from the environmental effects of the coal industry.

Knock Down the House hits Netflix and theaters on May 1.