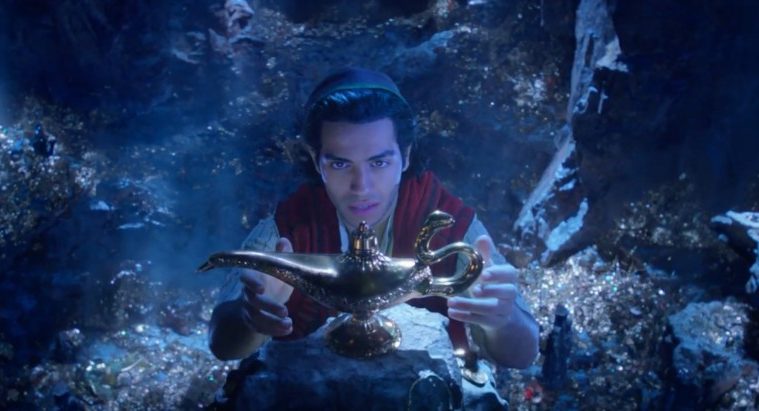 The nostalgia pilfering in the House of Mouse will continue next year with a record three live-action reimaginings of beloved animated classics. Following Dumbo and before The Lion King, Guy Ritchie’s Aladdin will hit theaters. Led by newcomer Mena Massoud alongside Naomi Scott, Will Smith, Marwan Kenzari, Navid Negahban, Nasim Pedrad, Billy Magnussen, and Numan Acar, the first teaser has now arrived.

As usual for Disney, it’s quite the tease, playing on the familiar locales, musical themes, and iconic imagery, leading up to a reveal of our lead as he is about to encounter Genie. Ritchie is certainly the most interesting director the company has hired thus far for one of these, but hopefully he doesn’t get lost a CG-heavy spectacle and truly makes some thrilling live-action choices.