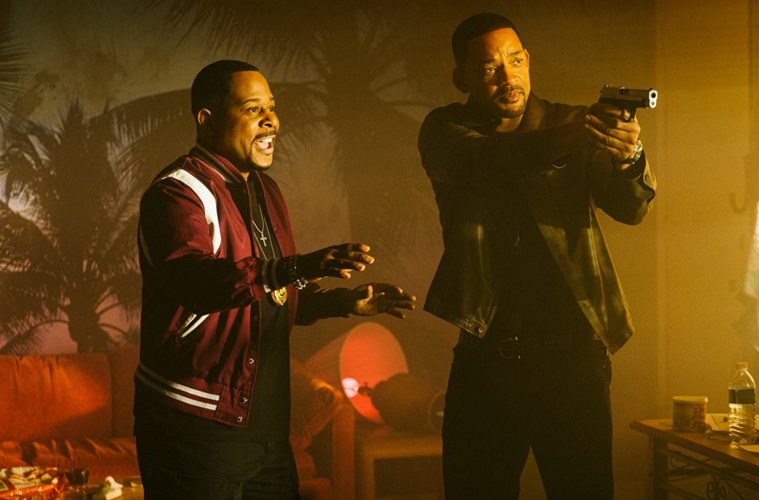 Retirement is the ultimate adversary. True for Will Smith’s Mike Lowrey, truer still for Hollywood. Though lega-sequels perpetually seem like a fairly recent ploy for box office revenue, they’ve been a Hollywood gamble for decades now. Hell, thirty years ago, a single calendar year saw Chinatown, The Godfather: Part II, and The Last Picture Show receive follow-ups over 10 years after the fact. All were met with a tepid reception, as are most late blooming continuations, but somehow that rarely matters. Franchises (or franchise hopefuls) repeatedly arrive for a bow ten, fifteen years or more in the making. This isn’t to tediously lament Hollywood unoriginality, nor to compare a Michael Bay action series to the likes of ‘70s classics, but to underscore that time, prestige or genre do not hold sway over the prospect of another buck. After all, why replicate the chemistry of Will Smith and Martin Lawrence when you can simply postpone its retirement? And with an absence of Bayhem to balloon your budget, who could blame you? 17 years on, it’s these factors and more that make up the alchemy of what mostly works, and what occasionally doesn’t, about Bad Boys For Life.

Much has been made in retrospect how quaint the original ‘95 Bad Boys plays in comparison to its ‘03 follow-up. It rode on the rapport of its leads through only a handful of gunfights and fisticuffs, culminating in an airport climax Bay had to front his own money to finish. The second installment contains not one but two extended car chases with trucks emptying obstacles onto our heroes, and an entire slum being obliterated by a Hummer with little regard for human life–all across a gratuitous two and a half hours. In short, eight years apart, the buddy cop franchise already felt like the work of two different filmmakers. It’s both fitting and perhaps a relief that this long (long) gestating third outing should change hands entirely. What’s lost in the exchange is that Bay often felt like the third lead in these films. His cartoonish hues and bombastic camera choices were captivating performances in their own right, not easily ignored, sometimes to a fault. His affinity for Miami-via-Hot Wheels is notably absent here, and is frankly missed.

Despite this, Belgian-born newcomers Adil El Arbi and Bilall Fallah (whose breakout film Black we caught at TIFF in 2015) acquit themselves well with verve of their own, but the bottom line has other plans. On a reported budget of $90 million (down from Bad Boys II’s $130 million), the filmmaking duo feel constrained, even if this is their deepest pocket to date. Green screen adjacent motorcycle chases and digitally rendered flames can’t help but feel a bit tame after watching Bay demolish a Florida estate in a recklessly wanton firefight. Sure, that kind of costly excess is part of the reason we don’t get these films mid-summer anymore, but we’d be kidding ourselves to think it wasn’t part of the charm. There is however, no shortage of imagination here. Whether it’s playful subversion on Bay tropes, or punctuating the set pieces with carefully calculated bursts of graphic violence, the direction serves to put as much on screen as it can–one can only wonder if it’s enough to justify a 17-year hiatus.

Where the bite may lack, the bark adjusts accordingly, scaling down to the basic, affable charisma between Lawrence and Smith that the first film thrived on. Here we’re reacclimated with the older, puffier Mike and Marcus by diving right in. Commendably scant on nostalgic callbacks, we’re filling in the gaps of the intervening years as needed, invited to simply enjoy the returning company as they deal with age and obsolescence. Yes, there are cringe-worthy old-timer jokes aplenty, but after a clunky first half, and a labyrinth of tones both dour and goofy, the Bad Boys start to find their groove again. The how and the why of it all is best left unsaid, as there are a handful of effective surprises in store for those who care enough to invest. The film admirably attempts a level of emotional resonance Bay has proven largely incapable of. Even if it can’t quite wrangle those beats into one cohesive mood, it gives its leads the most they’ve had to work across this trilogy.

Though what results is somewhat of a mixed bag, Bad Boys For Life soldiered on through 17 years of development hell and some uneven plotting to prove itself at the very least a satisfying actioner, best enjoyed with liberal amounts of popcorn, soda… and some Skittles.