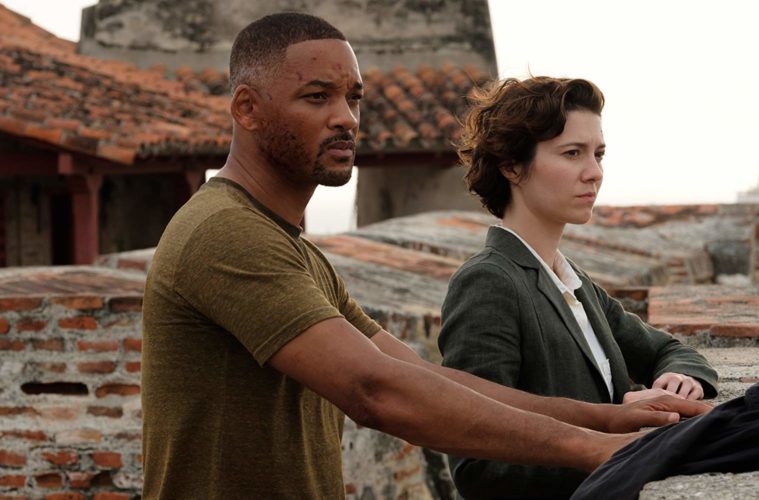 ‘Gemini Man’ Review: Will Smith Excels in the Most Forward-Thinking Action Film Since ‘Avatar’

Few movie stars have an affability as potent as Will Smith’s. At 51, it’s an asset he and his collaborators, big and small alike, have bet big (and mostly won big) on for roughly half his lifetime. Consider that alongside this: save a Seven Pounds, After Earth, or Bright here and there, he’s rarely slept on the job. Even when requirements of him are lacking, Smith manages to show up for at least a scene or two, elevating even the I, Robots and Collateral Beauties of the world, if only for a moment. His consistency in playing Atlas for lower grade blockbuster material has proven somewhat a staple of his career writ large. His bad choices are (sometimes) course-corrected by his ability to wring something winning and human out of characters who would otherwise flatline in the hands of a lesser actor. He’s a veteran of peak ’90s Hollywood, and—alongside impeccably crafted spectacle—the heart of Ang Lee’s Gemini Man.

The film itself germinated around 1997, at which time Smith was quickly amassing an impressive action resume. Passing by a multitude of directors and leads, and accumulating three credited screenwriters in the process, it took two decades to find it’s footing with Ang Lee who, in his genius, cast the aging Smith. Despite this harrowing ride through development hell, Gemini Man seems to have retained a very late ‘90s  sensibility, for better and worse. Smith is Henry Brogan, a hitman on the verge of retiring, only to be swept up in a larger conspiracy involving a kill-crazy younger clone of himself–dubbed “Junior” (also Smith, and a slew of supreme VFX folks). It’s as silly and mundane a set-up as any from 25 years ago, but it’s also perfectly fertile ground for Lee to cultivate the most forward-thinking action film since Avatar.

Gemini Man couldn’t have utilized Smith’s talents at a more perfect time in his career. More seasoned than the charmer who punched an alien, he seems willing to let himself age gracefully as he navigates what movie stardom means (or more often doesn’t) to 21st century audiences. That doesn’t necessarily mean he’s decided to go quietly, either. If ever there was a case study for the necessity of star power, Will Smith has provided it again and again, and does so twofold here. Though Smith is joined by a very game and always welcome Mary Elizabeth Winstead and a jolly, seaplane-flying, cigar-chomping Benedict Wong, the rote plotting of Gemini Man really melts away in the presence of Henry and Junior. Smith takes it upon himself, breathing a meta reflexivity into Henry, a man taking stock, and imbues Junior with a bushy-tailed earnestness that the actor couldn’t have accomplished in his rookie years.

With Junior as its star attraction, the film excels at eye-popping, and is best experienced in the highest frame rate possible. Lee once again proves a master craftsman of the action genre, and a wonderfully savvy tactician of the technology at his disposal, which is always executed tastefully. In a world where de-aging could seem to some as relatively unremarkable and/or unsettling, the digitally created (not de-aged) Junior is a thing of beauty. He’s perhaps something that could only exist so seamlessly in the nowhere-to-hide clarity of 120 frames per second. Though there’s the occasional trip to the uncanny valley (one scene in particular where broad daylight is not Junior’s friend), the performance on display is astonishing. One of Hollywood’s biggest stars fighting a digital version of himself is an accomplishment that cannot be overstated. Henry and Junior’s altercations throughout pulse with a muscle bound brutality, but are capped off by something surprisingly compassionate. Amid the rousing setpieces, Ang Lee uses what moments he can spare to dabble in the themes of repression and self-sabotage that echo throughout his diverse body of work. The director enables not only Smith’s best performance in over a decade, but also delivers a warmer blockbuster than we as an audience may expect or deserve.

Were this 1997, Gemini Man would be the event of the summer. There would be tie-ins and action figures (and maybe a Will Smith single). Here among the pre-packaged billion dollar success of IP-driven megahits, it seems almost quaint. An original property, with a veteran marquee idol, in the hands of an accomplished auteur whose name isn’t Nolan, utilizing technological breakthroughs, Gemini Man isn’t just a novelty, it’s a miracle. It’s a Big Bang–a confluence of the right elements and conditions perfectly situated to create something that can flourish, but may never happen again.