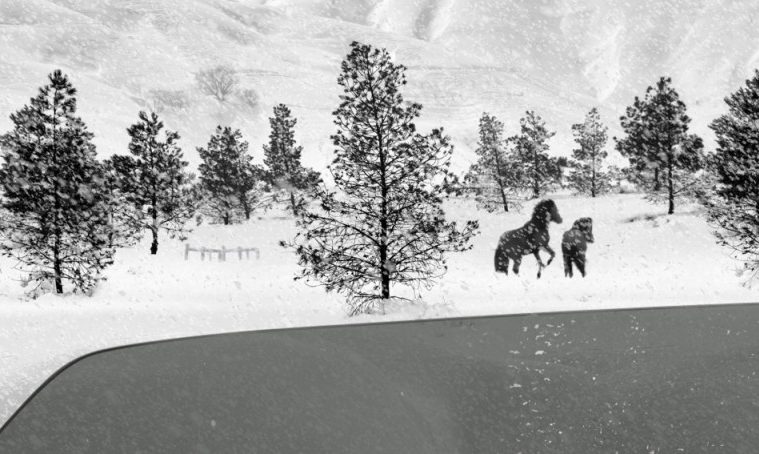 “[Abbas] Kiarostami represents the highest level of artistry in the cinema,” Martin Scorsese once said. Passing away at the age of 76, the Iranian master filmmaker was one of our greatest directors. Through his iconic body of work, including Close-up, Taste of Cherry, Certified Copy, and The Wind Will Carry Us, he was able to extract the essence of the human soul throughout his career, leaving behind a number of essential films.

For his last work, he directed the experimental project 24 Frames, which is a collection of four-and-half-minute films that takes inspiration from still images, including paintings and his own photographs. For the few of us that have been able to see it’s already been divisive; some were mixed, while others proclaim it to be the future of cinema. Would Kiarostami have wanted anything else?

Ahead of a release this Friday via Janus Films, see the first trailer and poster below via the Film Society of Lincoln Center.

The final film from Iranian filmmaker Abbas Kiarostami is a wordless series of sketches elaborating on his lifelong fascination with photography. Consisting of 24 four-and-a-half minute sketches—each a digitally manipulated, fixed-frame view of a scene from nature—24 Frames allows the late Kiarostami to evoke the moments before and after a still image has been captured, and to explore the thin line between natural and artificial beauty. Largely absent of humans, and alternating between color and black-and-white, these poetic miniatures gradually come to life with subtlety, giving rise to the poignant and mysterious possibilities of the moving image. A Janus Films release. 24 Frames opens this Friday, February 2 at the Film Society of Lincoln Center and will expand in the coming weeks.