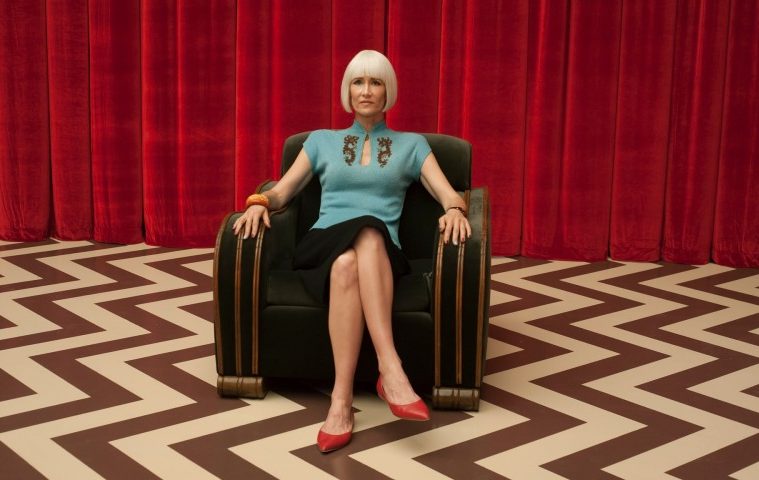 Are you ready to return to Twin Peaks one more time? While it’s still up in the air if David Lynch himself may come back to his singular universe for a fourth season, a massive new box set offers everything one could ever want from the show–along with a bevy of new material.

Arriving on December 10 is the 21-disc limited edition set Twin Peaks: From Z to A, which features the three seasons of the show, along with Fire Walk with Me and The Missing Pieces. Only 25,000 copies will be made of the set, which also includes six hours of new special features, with perhaps most notably, full-length, unedited versions of many of The Roadhouse Bar musical performances.

Check out details on the new material below and listen to our episode-by-episode podcast on The Return here.

Twin Peaks: From Z to A will include over six hours of all-new special features:

• From the extensive behind-the-scenes footage of David Lynch making the A Limited Event Series (shot primarily by Jason S), 20-30 minute (approx.) pieces titled “Behind the Curtain” were edited and are included for each of the 18 Parts.

• A rare newly-shot interview of Kyle MacLachlan and Sheryl Lee who sit with longtime David Lynch collaborator Kristine McKenna to look back at their body of work on Twin Peaks as well as Fire Walk With Me.

• In a newly-produced featurette, fans can go “On the Couch” with Harry and Kimmy as Harry Goaz and Kimmy Robertson share fond Twin Peaks memories.

• As an additional treat for fans of A Limited Event Series, a compilation of full-length, unedited versions of many of The Roadhouse Bar musical performances.

Highlighting the visual artistry and sound design of two seminal episodes/parts, a special 4K UHD disc will be included that features a new ultra-high def transfer overseen by David Lynch of both versions of the 1990 Twin Peaks pilot, as well as Part 8 of A Limited Event Series.

A 21-disc collection, Twin Peaks: From Z to A will be housed in packaging with an exterior adorned by a wraparound vista of haunting and majestic Douglas Fir trees. Once opened, a depiction of the infamous Red Room is revealed with its brown and crème chevron floor and brilliant red curtains. Sitting in front of the red curtain will be an exclusive die-cut acrylic figure of Laura Palmer kissing Special Agent Dale Cooper. This acrylic figure comes inside a plastic display holder held in place by magnets. Fans will have the option of leaving the figure in place inside The Red Room environment or removing and displaying it elsewhere. The plastic holder can also serve as an easel to display individual images from The Red Room Gallery, a curated set of 5” x 5” printed cards depicting memorable moments in The Red Room. Each package will also contain an individually numbered collectible certificate.

Pre-order Twin Peaks: From Z to A, arriving on December 10, here.