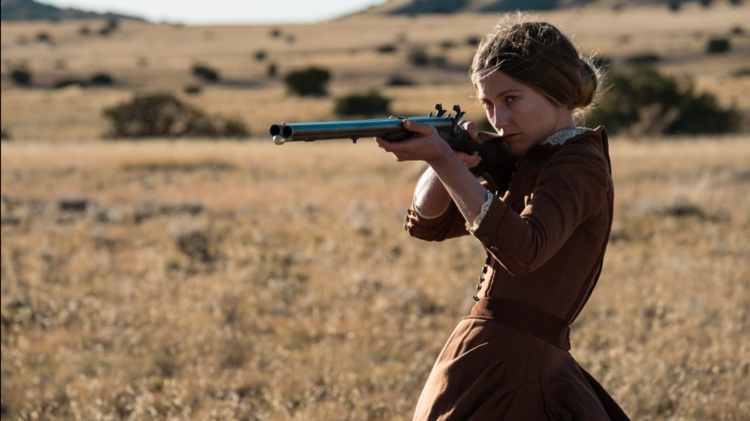 Premiering in the Midnight Madness section of the Toronto International Film Festival before stopping by Fantastic Fest, Emma Tammi’s directorial debut The Wind will arrive next month. The supernatural horror western, which flips the tables when it comes to the usually male-dominated genre, follows a frontierswoman facing a strange presence. Ahead of the April release, IFC Midnight has now released the first trailer.

THR said in their review, “Loaded with atmosphere, this fragmented chiller is set far out on the American frontier, where a lonely wife — played by an intense Caitlin Gerard — starts seeing and hearing things that may be the work of her imagination or some sort of Insidious of the West, or both. Well-shot and edited, with a script that keeps you guessing for a certain stretch of time, The Wind doesn’t quite sustain the tension through the final reel, resorting to eye-rolling scare tactics that go from serious to way too silly. Nonetheless, it’s refreshing to see such an original stab at this type of indie genre-bender, especially one told from a strictly female point of view.”

An unseen evil haunts the homestead in this chilling, folkloric tale of madness, paranoia, and otherworldly terror. Lizzy (Caitlin Gerard) is a tough, resourceful frontierswoman settling a remote stretch of land on the 19th-century American frontier. Isolated from civilization in a desolate wilderness where the wind never stops howling, she begins to sense a sinister presence that seems to be borne of the land itself, an overwhelming dread that her husband (Ashley Zukerman) dismisses as superstition. When a newlywed couple arrives on a nearby homestead, their presence amplifies Lizzy’s fears, setting into motion a shocking chain of events. Masterfully blending haunting visuals with pulse-pounding sound design, director Emma Tammi evokes a godforsaken world in which the forces of nature come alive with quivering menace.

The Wind opens in theaters and on VOD on April 5.