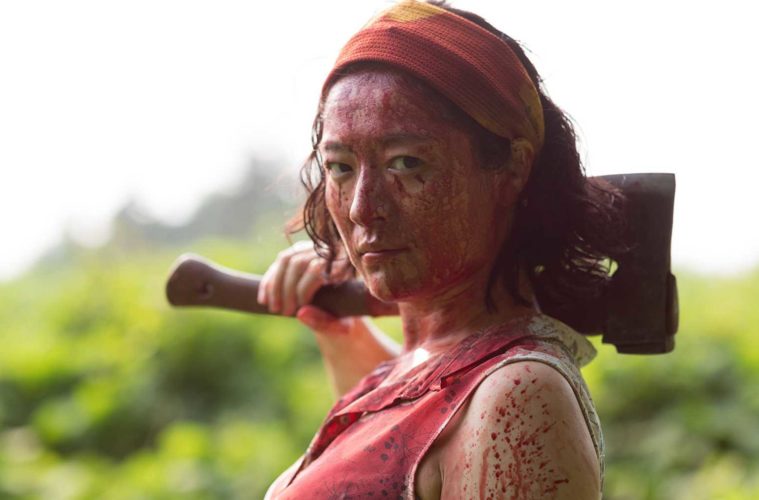 A Film Shoot Goes Deadly Wrong in U.S. Trailer for Acclaimed Japanese Horror-Comedy ‘One Cut of the Dead’

A film shoot can be grueling enough, but add real zombies to the mix, and it will turn into one’s worst nightmare. The acclaimed Japanese horror-comedy One Cut of the Dead follows a film crew making their own zombie horror film when real zombies turn up and the director keeps rolling. Written, directed, and edited by Shinichiro Ueda with a budget of just $25,000, it went on to gross over $30 million worldwide and will now arrive in the United States this month.

Set for a release by Shudder and Variance Films, the Fantasia and Fantastic Fest winner opens in NY and LA on September 13 and will have over 60 one-night screenings across the country on September 17. Starring Takayuki Hamatsu, Mao, Harumi Shuhama, Yuzuki Akiyama, Kazuaki Nagaya, and Manabu Hosoi, see the inventive trailer below, which smartly warns of spoilers as it dishes up Shaun of the Dead-esque fun.

While shooting a low-budget zombie film in an abandoned warehouse, the crew find themselves caught between actual zombies and a mad director who won’t stop rolling. If you think you know what happens next, think again. Filmmaker Shinichiro Ueda turns the film on its head more than once for one of the wildest, funniest, and most surprising zombie movies of all time.

One Cut of the Dead opens in NY and LA on September 13 and will have one-night screenings across the country on September 17, followed by a release on Shudder.