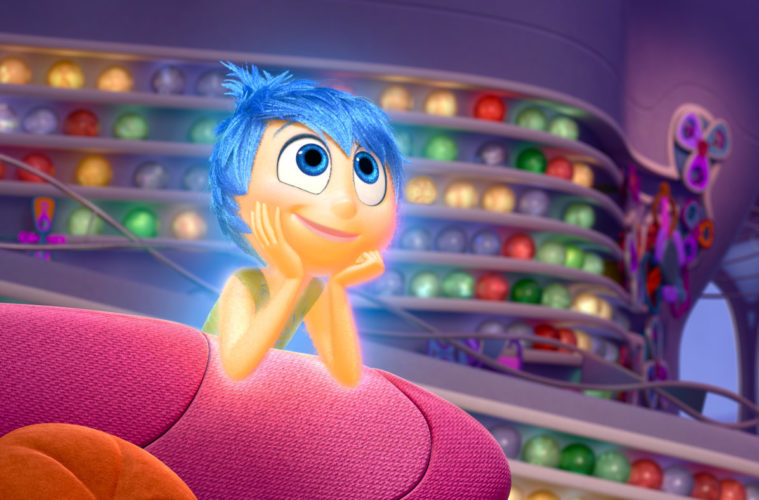 9 Films to Watch Before Seeing Pixar’s ‘Inside Out’

Pixar’s long-awaited return to form will arrive this Friday with Inside Out, an emotionally vigorous adventure through the mind of a young girl experiencing major changes in her life. As we said in our review, “It is a thoroughly funny, sad, and profound piece of work, with plenty of comforting things to say about growing up and feeling down. The Cannes crowd was rapturous. One can only imagine the effect it might have on a young child.”

On this occasion, we’re highlighting a collection of films that were either directly referenced in the making of Pete Docter’s animation or ones that deal with similar themes. While they’re worth brushing up on before heading to the theater, each selection would make for a valuable watch if you’re looking for similarly themed offerings. Ranging from iconic animated efforts to some of the best films of this century and beyond, continue below and, in the comments, let us know if you’d have any to add.

At first glance, a Japanese drama about death and what comes next might not seem like the ideal double feature with Pixar’s latest family-friendly animation, but there are palpable connections with Hirokazu Koreeda‘s masterful After Life. The film asks this question: “If you had to pick one memory to take into the afterlife, what would it be?” Its story specifically focuses on fewer than two-dozen recently departed characters who make such a decision, following them as their memories get recreated to be one last eternal viewing. As for how it relates to Docter’s film: there is nothing more precious in Inside Out than one’s “core” memories, treated as tangible objects that must be preserved at all costs. Despite taking place on distinct ends of life’s spectrum, both films show the fragility and intrinsic value of holding on to such impressions. In the years to come, hopefully Inside Out will burrow as deep into our minds as After Life will certainly do for any viewer.

While we won’t go into detail about a certain aspect of Pixar’s latest feature, we’ll just say that one can’t enter the mind without diving into dreams. For one of his final films, Akira Kurosawa took this idea to its greatest extent by creating an episodic feature based entirely around solely his own, which he’d bring to life from his own illustrations. With financing help from George Lucas, Francis Ford Coppola, and Steven Spielberg (as well as a cameo from Martin Scorsese as Vincent van Gogh), it’s a boldly realized trip, and proof that Kurosawa would’ve been a fitting director of Inside Out‘s Dreamland Studios. It should also be noted that the mix for Inside Out took place in none other than “the Kurosawa.”

It can be argued that no film has dealt with memories and their repercussions with greater affection than Michael Gondry‘s crowning achievement, Eternal Sunshine of the Spotless Mind. Much like Inside Out, the drama takes place mostly in the mind of our protagonist (Jim Carrey) as we weave in and out of his memories of a relationship with an ex-girlfriend, Clementine (Kate Winslet). If Pixar’s latest is primarily about the formative experiences of one’s life, Eternal Sunshine makes for the perfect continuation. Gondry’s follow-up, The Science of Sleep, doesn’t bear the same emotional weight, but would also make for a fine viewing. Here, we witness real-life and the world of dreams intermingling for an inventive experience.

One From the Heart (Francis Ford Coppola)

With many of their films, Pixar draw inspiration from the most unexpected of sources. For their latest, and to some surprise, they looked to Francis Ford Coppola‘s dream project and financial failure One From the Heart. “It’s not the greatest movie, but it’s a fascinating film,” Pixar’s Ralph Eggleston tells Birth Movies Death. “It’s very theatrical in terms of sets and lighting, and it’s sort of like a stage play on film. That’s one of the biggest influences on the lighting for this film.” Sadly, Inside Out fails to provide voiceover from Tom Waits.

The shortest watch of any film on this last (and it can be done directly above, complete with a Leonard Maltin introduction), 1943’s Reason and Emotion comes from Disney themselves. Created as a piece of World War II propaganda and taking place inside a child’s mind as it evolves to adulthood, it shows the balance between the elements of the title and the forces that control both. This is a noted reference point for Pixar’s creative team in the creation of Inside Out, and it’s incredible to see what they can pull off more than 70 years later with similar ideas. If we had it our way, this would’ve been a better option for a short than the one Pixar offers up before Inside Out.

With the ensemble of emotions represented onscreen (Joy, Sadness, Fear, Anger, Disgust), Pixar calls back to Disney’s first animated feature, Snow White and the Seven Dwarfs. “When you first pitched it, you said that these characters could be really clear, get-able, on the first frame you know who’s who,” producer Jonas Rivera tells Disney. “And to me, I just went to the Seven Dwarfs. So we watched that. We even went over to the Walt Disney Family Museum and looked at the model sheets. Like how amazingly appealing and clear those characters are.” He adds, “So it wasn’t narratively or structurally but there’s an inherent charm to that movie and a grace that I was hoping we could eek out in this movie.” From its opening scenes onward, there’s perhaps no film that draws a greater comparison to Pixar’s latest than Hayao Miyazaki‘s 2001 masterpiece Spirited Away. Each film makes its protagonist a young girl who moves to a new town, and though their adventures are different, both feature emotionally vibrant worlds with boundless imagination. As for being inspired by Studio Ghibl, we’ll let John Lasseter say it best: “Whenever we get stuck at Pixar or Disney, I put on a Miyazaki film sequence or two, just to get us inspired again. Years later, I always said at Pixar that you are what you direct. Your heart and soul goes into everything you make — I learned that from Miyazaki. I think my entire career is founded upon an idea I discovered in Japan: keeping one foot in tradition, heritage, and the fundamentals of classic design and then applying that to cutting-edge technology. That’s one of the secrets of Pixar.”

Up and Monsters, Inc. (Pete Docter)

Fittingly the final films on this feature, Up and Monsters, Inc., are the most evident prerequisites before heading into Inside Out. Docter’s debut, which he co-helmed with David Silverman and Lee Unkrich, displayed his adept skill at fostering imagination, even including the sort of “productions” that make up a section of Inside Out. His 2009 Oscar-winning feature, with its devastating opening, greatly expanded his capability for the sort of emotional resonance that runs through virtually every scene of Inside Out.

Inside Out opens on June 19th.

Have you seen all of the above films? What recommendations would you add?