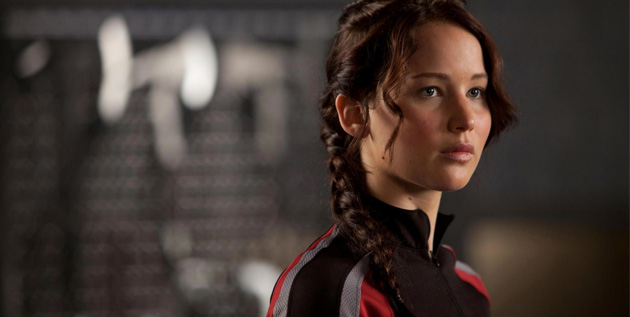 11 Possible Directors That Should Continue The ‘Hunger Games’ Franchise With Gary Ross officially exiting The Hunger Games sequel Catching Fire, Lionsgate and Summit will need to scramble to find out who will helm the next in the franchise. We’ve cobbled together a list of our top eleven picks and while some our clearly dream choices, if they hand it over to any of these directors, we’ll certainly be content. Check out our list below and let us know your choices.

Kathryn Bigelow’s portrayal of action ranges from the gritty tautness of The Hurt Locker to the glaring hyper-masculinity of Point Break, so she knows how to sell disturbing violence. That the sequel follows the characters as adults would even make the job a little easier. She can also illustrate mood like few directors can (think of her genre-bending vampire western Near Dark), a skill that would prove essential in conveying the quiet strength of Katniss and the post-apocalyptic bleakness of Panem.

Not that Catching Fire needs some financial insurance, but this director’s already got the tween crowd right in his pocket, he directed Justin Bieber: Never Say Never, after all. Not enough? (No, of course it isn’t.) Well, take a quick gander at trailers for G.I. Joe: Retaliation, which promise over-the-top and entertaining chaos that, nevertheless, manages to preserve a certain precision so often lacking in mainstream action. He’s yet to prove himself with emotional beats – unless Step Up 2 and 3 hit you right where it hurts – but there is no reason to stop Chu from proving himself.

Yours truly did not see Breaking Dawn: Part 1, but reviews have credited Condon for taking a pulpy, silly work and at least doing *something* with it. Now, his reported decision to camp things up wouldn’t jibe with more serious (and generally respected) source material, but, at the very least, Breaking Dawn shows he has an understanding of said source. Condon’s already done good work with good material (Kinsey, Dreamgirls); give him another crack at it and see what happens.

Although a fresh, original voice – this British talent being just that – might be better served telling their own stories, Cornish’s mixture of stylistic flair and formal control would compliment Suzanne Collins‘ specific world-building quite swimmingly. Any and all proof can be found in Attack the Block‘s exciting, tension-filled and kinetic action scenes, all of which make characters the true center and are composed without excessive shaky-cam, too! The characters are already on the page, but he could translate them and their story to the screen like it’s nobody’s business.

After going boldly into space with Gravity later this year, Alfonso Cuaron might want to recalibrate with a safer effort. Catching Fire could be the perfect choice. He already showed he knows how to take over a franchise, delivering the best entry with Harry Potter and the Prisoner of Azkaban. After Ross and cinematographer Tom Stern almost made us vomit with the shaky cam approach in the first film, let’s just hire Cuaron and Emmanuel Lubezki and call it a day.

An odd choice at first glance, Drew Goddard has displayed surprising skill with his directorial debut The Cabin in the Woods. And without going into major spoilers, I can guarantee there will be no other film this year that has more similarities to The Hunger Games than this one. If he is looking to take his talent to a higher playing field, he certainly has the capacity to create a smart, engaging blockbuster. And that increased paycheck wouldn’t hurt.

Already having made a variety of acclaimed films, Macdonald certainly has diversity. Given the opportunity, perhaps he can prove he has the stylistic talent to craft a visual treat for The Hunger Games sequel. He has plenty of experience, and may be able to work wonders with the inevitably huge budget. One thing’s for sure, he knows how to tell a compelling story. Add in his experience going into the wilderness for The Eagle and Touching the Void. He could do well in this battle arena.

Though he’s not yet an accomplished director, Nolfi proved he knows how to make an intelligent sci-fi film with The Adjustment Bureau. The visual style created is mature and distinct, and should he be able to apply the same combination of emotional depth and impressive action set-pieces here as he did there, he may just be a great choice for directing The Hunger Games sequel. That is, if Marvel doesn’t snatch him up for the Captain America sequel first.

Perhaps the most out-of-left-field pick on this list, Lynne Ramsay has had a difficult decade with her bigger-budget The Lovely Bones falling through only to get poorly adapted by Peter Jackson. Coming off the stirring We Need to Talk About Kevin, Ramsay could finally get her deserved attention by helming a visually-expressive sequel that continues with the serious tone Ross cemented. Plus her experience in directing some of the best female performances film has to offer shouldn’t hurt.

A wild card. None of us have seen his pending debut, Snow White and the Huntsman, but it looks as though he’s concocted something with scale, rousing adventure and an interesting universe all its own. As with Joe Cornish and his personal skill with characters, Sanders – again, thanks to Collins – will have these qualities ready and waiting for his own input. While I hope not to regret this choice in a couple of months’ time, so strong are the early indicators that I feel generally confident here.

Since helming the kinetic, kick-ass Hanna last year, Catching Fire could be the ticket for Joe Wright to return to the action arena. We already know he can handle characters thanks to his elegant period pieces such as Pride and Prejudice and Atonement. Returning to that style with the upcoming Anna Karenina, the next in The Hunger Games trilogy is the perfect calling for him to direct another strong heroine.

Who is your top pick to direct?