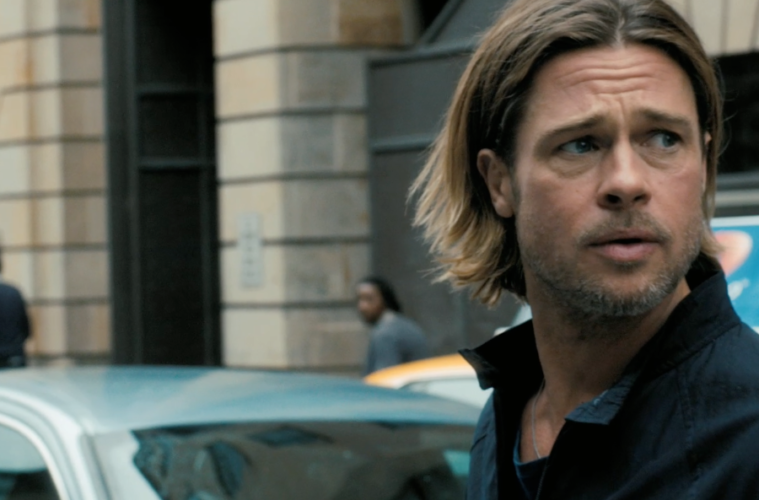 While we’ve seen zombies expertly captured in everything from Night of the Living Dead to 28 Days Later to Shaun of the Dead, it’s time for Hollywood to deliver its most expansive (and expensive, with $180 million budget) project yet on the creatures. Much has been discussed regarding behind-the-scenes struggles on Marc Forster‘s World War Z, but we’ve now finally got the first trailer for the blockbuster hitting theaters next summer. At first glance, one can see the sheer difference from Max Brooks‘ book, but inside sources assure EW that it still retains its “inventive spirit” as it consolidates to one storyline. While I’ll have to see it to believe it, they also say Damon Lindelof’s new ending is “well worth the cost.”

As for those worrying about the insane speed of the zombies, visual effects supervisor John Nelson described their design “like predatory animals that can’t control themselves.” He added that when the zombies see humans, they go wild and “launch themselves,” not unlike a “school of fish” with their “reactive formations.” Nelson concluded, “it’s about their nature and the fact that their instinct to infect is so basic, efficient, and overpowering. They will go through anything. If they lose both legs, they will walk on their hands. They lock in and they’re like salmon going upstream or sperm swimming to be the first to egg.” Check out the results below in the first official trailer for the film starring Brad Pitt, Mireille Enos, Daniella Kertesz, James Badge Dale and Matthew Fox.