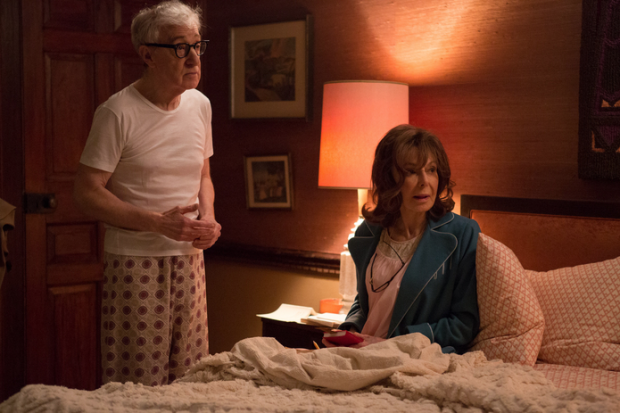 For as much hesitation Woody Allen had when it came to diving into the arena of television, directing his first-ever series for Amazon Studios, the first trailer can help assuage those fears. Crisis in Six Scenes, made up of six episodes (each running half-an-hour), looks to carry that Allen stamp of neurotic comedy quite well.

Described as “a comedy that takes place in the 1960’s during turbulent times in the United States,” we follow a “middle class suburban family who is visited by a guest who turns their household completely upside down.” Starring Allen himself, alongside Miley Cyrus, Elaine May, John Magaro, Rachel Brosnahan, Becky Ann Baker, Michael Rapaport, Margaret Ladd, Joy Behar, Rebecca Schull, David Harbour, and Christine Ebersole, check out the trailer below (via Vulture):

Crisis focuses on a traditional suburban New York couple (Allen and Elaine May), their friend-of-the-family houseguest (John Magaro) and his fiancée (Rachel Brosnahan) who have their conservative beliefs challenged by a young hippie (Miley Cyrus) who’s caught up in the ’60s movement and inspired by radical communist leaders. It’s basically the story of people with very different backgrounds and ideas crossing paths and how someone can come in and make you question everything you’re doing. Crisis in Six Scenes starts streaming on Amazon on September 30.