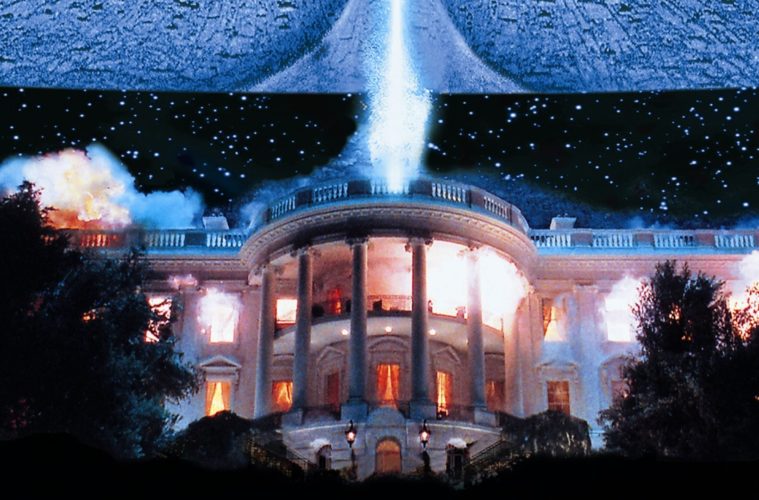 Independence Day isn’t exactly Shakespeare, but considering the year-after-year onslaught of sci-fi spectacles that seem to be forgotten after opening weekend, why has Roland Emmerich‘s 1996 film continued to entertain two decades later? A new video essay from Lessons From The Screenplay digs into precisely why the alien invasion blockbuster has held up after 20 years in a way so many other disaster flicks haven’t.

While many may remember the nigh-end-of-days blockbuster as a massive, action-packed sci-fi epic (which it is, to a degree), it is also favors its characters (and isn’t afraid to let them go) in a way many modern blockbusters are not. The essay dives into different categories of screenwriting employed by the film, examining the structure of the screenplay and how it is realized on screen. Of particular interest is the economy of words by which Independence Day is able to establish its protagonists (with clever exposition) and how action cannot just happen for the sake of action, but how it needs to affect the characters.

See the full essay below and return for the review of the sequel.