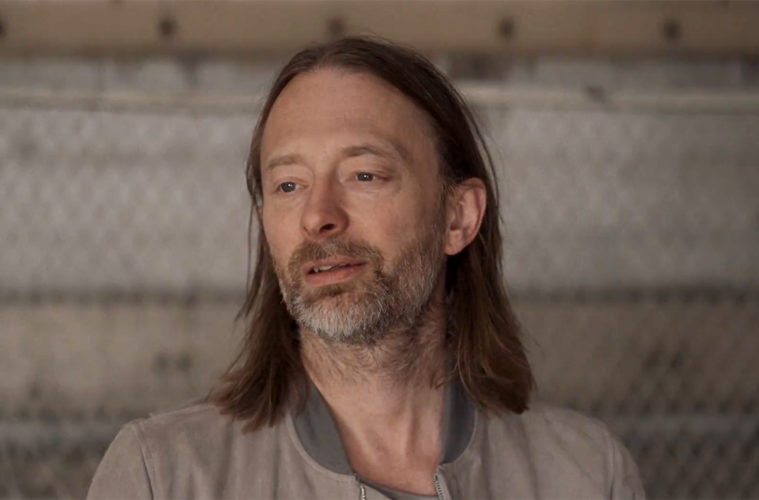 Update: Washington, D.C.’s AFI Silver has also acquired a print, which will play before select showings of Sing Street.

Look in certain corners nowadays and it starts to feel like Radiohead‘s taken over the world. Two excellent music videos and release of their new album, A Moon Shaped Pool, might be enough, no matter how desperately the latter is missing a hyphen. (That’s going to bother me until my dying day.) But now those going to the movies can see an aging, particularly moody Thom Yorke on the big screen — and 35mm! Further making a point of well-known celluloid fetishism, Paul Thomas Anderson sent several lucky theaters prints of his Radiohead collaboration, “Daydreaming,” which is becoming a customary pre-show entertainment.

New York’s Metrograph; Los Angeles’ New Beverly, Cinefamily, Aero, and Egyptian; Austin’s Alamo Ritz and South Lamar; Chicago’s Music Box; Toronto’s TIFF Bell Lightbox are screening the material in various forms. Metrograph will do so before all 35mm prints this week; two of the L.A. outfits are confirmed to play it before “select screenings”; Austin moviegoers will be treated at certain theaters in either location; Music Box are in the midst of scheduling, it seems; and TIFF will screen it before Fargo on May 12th.

For more, see the theaters’ tweets below. After that, enjoy an extended (albeit poorly transferred) video wherein Anderson provides commentary for the porn-centered documentary Exhausted: The Real Story of John C. Holmes.

“Daydreaming” by @radiohead will run on select shows at The Ritz and South Lamar (most often in Theater 4). pic.twitter.com/Iebt0pVWzB

Thanks to our friend #PaulThomasAnderson for the 35mm @radiohead Daydreaming print! Playing before select screenings pic.twitter.com/VpJWL2dC8J