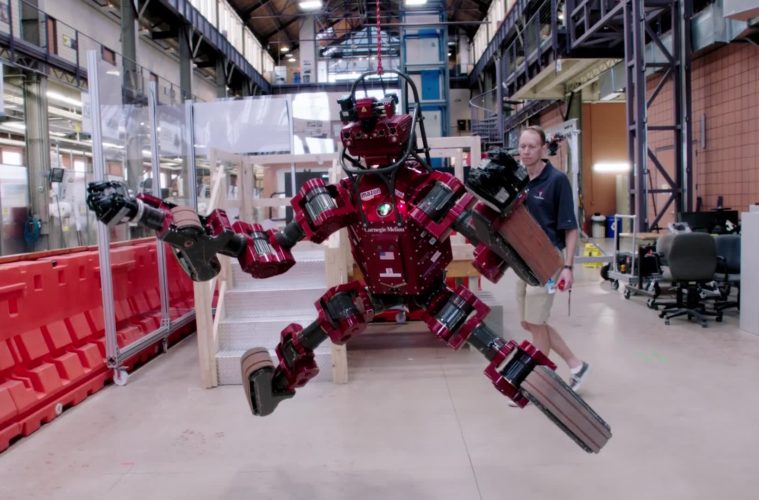 Werner Herzog Takes on the Internet in New Trailer For ‘Lo and Behold: Reveries of The Connected World’

From the grand, savage outdoors to the inner chambers of those awaiting certain death, Werner Herzog has gone to the ends of the Earth to capture our innermost dreams and fears in his documentaries. For his latest, Lo and Behold: Reveries of The Connected World, he looks to the unwieldy unknown of the Internet and how its evolution has immensely affected the way we communicate, for better or worse.  Told in 10 distinct chapters, from “The Early Days” to “The Future,” the film will arrive later this summer and today we have a new trailer and poster.

I said my review, “While most of Werner Herzog’s work seems timeless in its themes, one of the most interesting aspects of Lo and Behold is to imagine if the many predictions offered up throughout will come to fruition. Can a robot soccer team defeat FIFA world champions? Will we be able to tweet our thoughts?  Will our entire life experience be automated to our preferences? Will we sustain life on another planet? These are just a few across the vast range of possibilities offered up during the feature. As it stands today, Lo and Behold is an entertaining exploration into an ever-shifting discussion, but, with Herzog’s specific charms, it will no doubt be a significant time capsule — or ominous document of warning — in the years to come.”

Check out the trailer, which includes our quote, and poster below.

Legendary master filmmaker Werner Herzog (Grizzly Man, Cave of Forgotten Dreams) examines the past, present and constantly evolving future of the Internet in Lo and Behold: Reveries of the Connected World. Working with NETSCOUT, a world leader in-real time service assurance and cybersecurity, which came aboard as a producer and led him into a new world, Herzog conducted original interviews with cyberspace pioneers and prophets such as PayPal and Tesla co-founder Elon Musk, Internet protocol inventor Bob Kahn, and famed hacker Kevin Mitnick. These provocative conversatons reveal the ways in which the online world has transformed how virtually everything in the real world works, from business to education, space travel to healthcare, and the very heart of how we conduct our personal relationships. In the words of executive producer Jim McNiel, “It’s a journey even Werner, with his immense imagination and inquisitive mind, didn’t expect. Unless you have lived in the technology space, you don’t yet fully appreciate what dwells there.” Herzog adds: “It is one of the biggest revolutions we as humans are experiencing.”

Lo and Behold: Reveries Of The Connected World opens on August 19th in theaters and on demand.