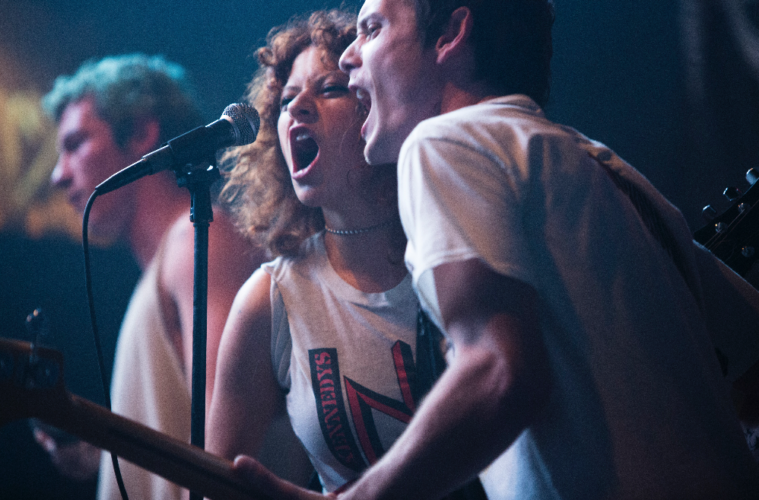 Jeremy Saulnier, the director of the critically acclaimed Blue Ruin, has recently returned to Cannes to debut his new film as part of the Director’s Fortnight. Green Room follows a punk band that plays a gig in a backwater town bar only to stumble onto a crime scene. They become hunted by a neo-Nazi gang who aims to silence all witnesses. Following the premiere, we now have the first footage.

The clip seems to display a film with another carefully crafted edge. Unfortunately we don’t get a look at Patrick Stewart as the leader of the neo-Nazi gang but what is shown certainly looks very promising and, of course, intense. When it comes to our review we were a bit more mixed than most, saying the film “features a number of ingeniously crafted set pieces, but it quickly winds up as an excessive, borderline pornographic revelry in extreme violence.”

In the harrowing crime thriller GREEN ROOM, a young punk rock band find themselves trapped in a secluded venue after stumbling upon a horrific act of violence, fighting for their lives against a gang of white power skinheads intent on eliminating all witnesses.

Green Room premiered at Cannes and be released by Broad Green Pictures.