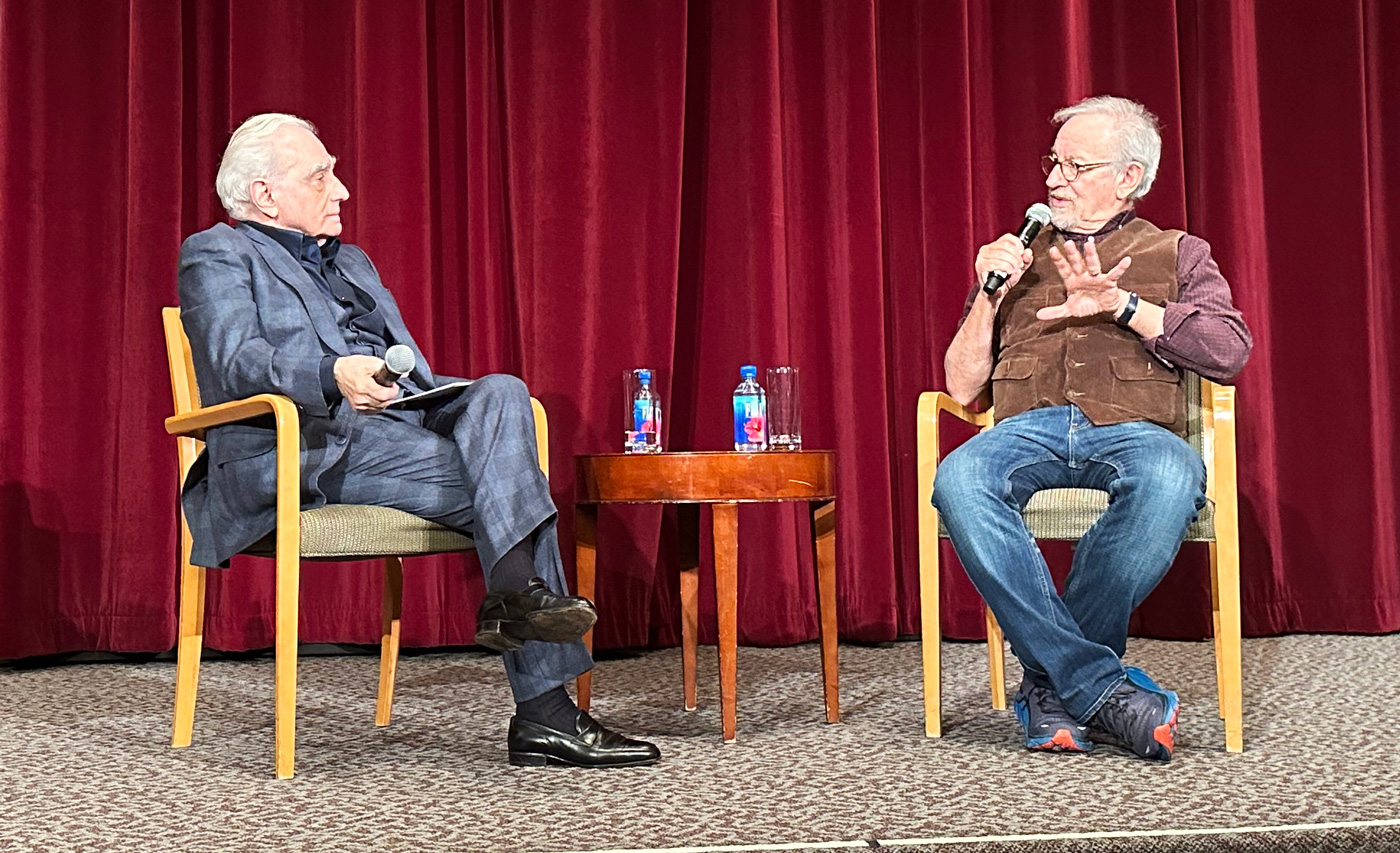 How’s that for a headline? Considering it’s been out for a month, if you’ve wanted to see Steven Spielberg’s stellar autobiographical drama The Fabelmans, you’ve had the chance, so it shouldn’t be much of a spoiler what is contained in the final sequence of the film. Following a conversation with Paul Thomas Anderson, Spielberg got on stage this past weekend at the DGA in NYC with none other than Martin Scorsese to discuss the making of the film and they touched on precisely how David Lynch became John Ford.

Much of the rest of the story behind the incredible bit of casting is known, courtesy of our chat with Tony Kushner, including how Kushner’s husband Mark Harris recommended David Lynch, but it took convincing on Laura Dern’s part to get the director to take the role. Now, in the talk with Scorsese, Spielberg unveiled one key additional detail.

Spielberg revealed, “[Lynch] says, ‘I decided I am going to do this under one condition.’ I said, ‘What’s that?’ [He said], ‘I want to get the costume two weeks ahead of time to live in for two weeks. I want to break down the costume.’ I said, ‘You mean you are going to wear it?’ He said, ‘Yes, every day. Every day. The patch, the hat, everything else. Send it to me.’ And he showed up in a pretty ratty costume. But it was the way John Ford was.”

We’d expect nothing else from Lynch, and not to open up the rabbit hole further after talk of a new Lynch film in the works, it is interesting that Spielberg noted Lynch was busy with a few projects he wanted to pursue, which is the reason he initially declined. As we await the full talk to be published, watch snippets below, thanks to Tomris Laffly.

And here’s Spielberg recounting the real-life story that became the end of The Fabelmans.