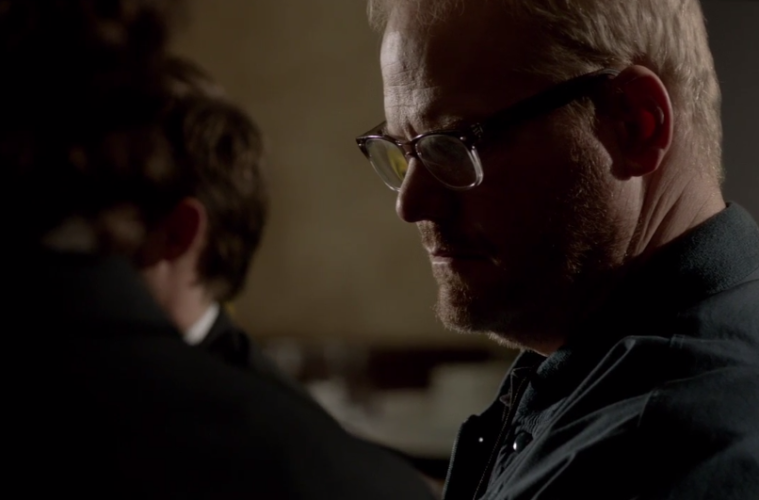 Update: Well, would you look at that! LaBeouf’s short is plagiarized, almost word-for-word, from a Daniel Clowes comic by the title of Justin M. Damiano. The writer-illustrator spoke to Buzzfeed, saying, ““The first I ever heard of the film was this morning when someone sent me a link. I’ve never spoken to or met Mr. LaBeouf. I’ve never even seen one of his films that I can recall — and I was shocked, to say the least, when I saw that he took the script and even many of the visuals from a very personal story I did six or seven years ago and passed it off as his own work. I actually can’t imagine what was going through his mind.” And, now, the short is password-protected. That’s all a bit embarrassing, wouldn’t you say?

Some artists simply ignore critics altogether, but one star, who seems to get more flack than most, is exploring them head-on. After premiering at Cannes Film Festival last year, Shia LaBeouf has recently released his short HowardCantour.com online, which takes a surprisingly sincere look at the life of a film critic. With Jim Gaffigan in the lead role, the short looks at the unpleasantries of roundtables, staying true to one’s opinion, and much more.

As LaBeouf puts it, “This is the story of Howard Cantour. A warrior, a film critic. He lives his live vicariously through movies and in movies. But Howard is no sell out, he’s says it like he sees it. This is a story of his life and struggle about reviewing his film hero’s movie.” Check out the impressive piece below, also featuring Thomas Lennon, Portia Doubleday and LaBeouf’s A Guide to Recognizing Your Saints director Dito Montiel.

What do you think of Shia LaBeouf’s short?