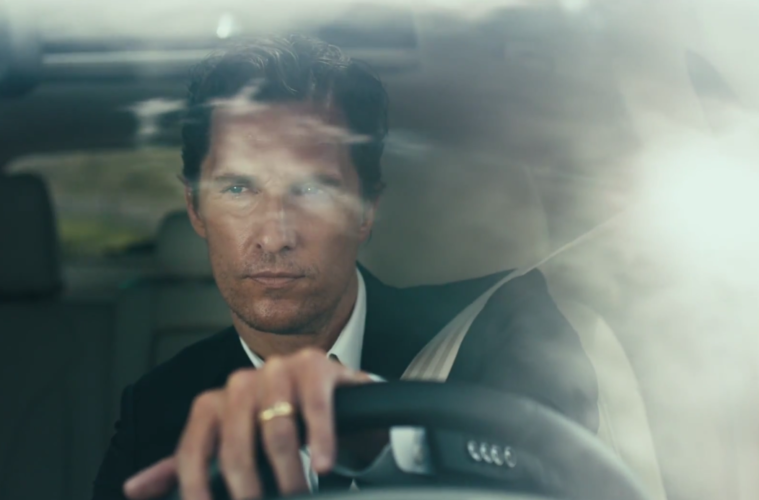 Considering Nicolas Winding Refn’s Hollywood break-out was the Ryan Gosling-led Drive and Matthew McConaughey‘s so-called McConaissance kicked off around the time of The Lincoln Lawyer, we can think of few better pairings for a new ad campaign from Lincoln. Introduced their new MKC vehicle, the company recruited the director and actor for a series of spots, and the first have landed today.

While Refn helmed five total, a trio are now available online with the others hitting airwaves this weekend. Featuring McConaughey facing off against a bull, taking a nightime drive (with a few shots certainly reminiscent of Refn’s 2011 feature), and more, the stylish commercials can be seen below, along with a video of the actor discussing his involvement in the series.

What do you think of the ads?