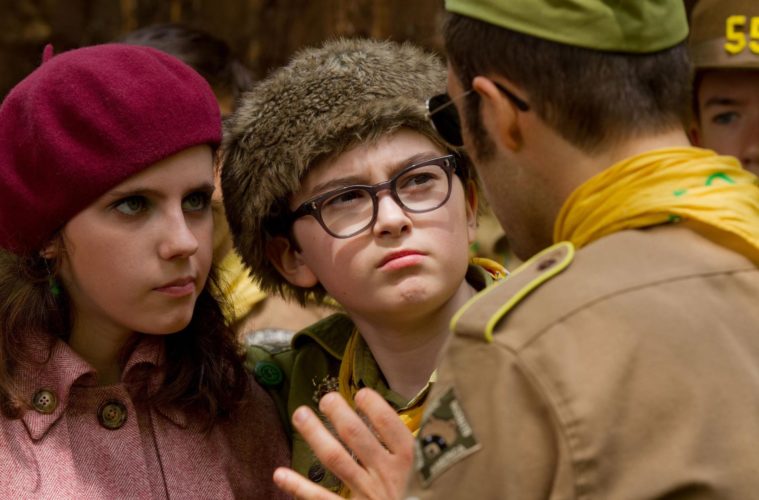 This morning’s Cannes announcement was met with some surprise, as it was revealed Wes Anderson‘s Moonrise Kingdom would not only open the prestigious film festival, but also vie for competition. With a stacked slate, we wish the auteur luck and now we’ve got our first standalone glimpse of the film in the form of a debut clip. As lightning strikes, we see Tilda Swinton, as a social service worker, give orders to Boy Scout leader Edward Norton and cop Bruce Willis.

They are tasked with retrieving our missing child lovers (Jared Gilman and Kara Hayward). It has Anderson’s usually precise, detailed framing and wonderful knack for dialogue. I’m hoping he hits this one out of the park. Check it out below via AV Club, along with a poster from Needle Design, for the film also starring Bill Murray, Frances McDormand, Jason Schwartzman, Bob Balaban and Harvey Keitel.

Update: A second clip featuring Jason Schwartzman has arrive via HitFix. And a third from Vulture.