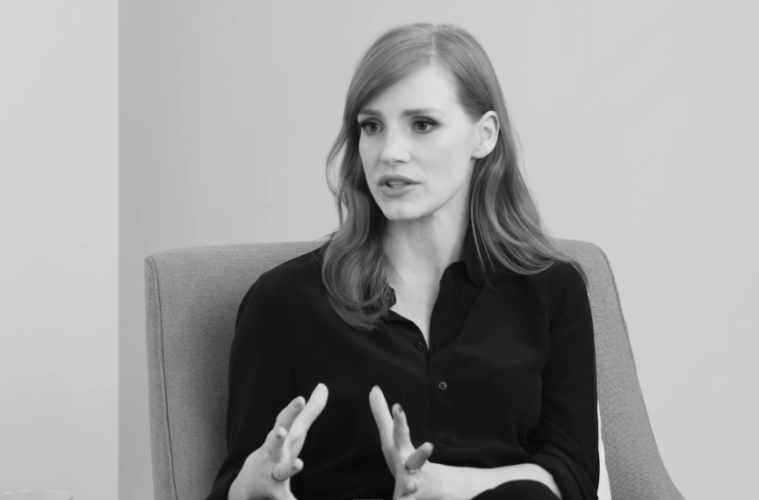 It’s hard to believe that just a few years ago we didn’t know the talents of Jessica Chastain. After breaking out with the best film of the decade thus far, she’s become one of the most sought-after actresses in the business and, to celebrate her birthday today, we’re featuring a recent one-hour conversation she took part in. Touching on how she became an actress, how one can put their career into their own hands, and much, much more, it’s a fascinating listen. Discussing her forthcoming, gorgeous-looking Crimson Peak, she says, “Guillermo Del Toro gave me 10 pages of backstory for my character, from the moment she was born until the moment the film starts.”

She also opens up about the joy of surprises on set, and the greatest moment in Topher Grace‘s life, saying, “When you treat an actor like a puppet, you take the life out of a film. I live for surprises. I love to be surprised by the director. I like to not know what’s going to happen sometimes when I’m on set. I love to be surprised by the other actors. To me that’s the magic of what filmmaking is. On stage, there’s rarely any other surprises. You’re doing the same show over and over again. But when the cameras rolling, to actually capture a surprise? In Interstellar, I kissed Topher and he had no idea that was coming. Things like that.”

Check out highlights from the conversation with Off Camera below in three parts and listen to the full one-hour conversation: