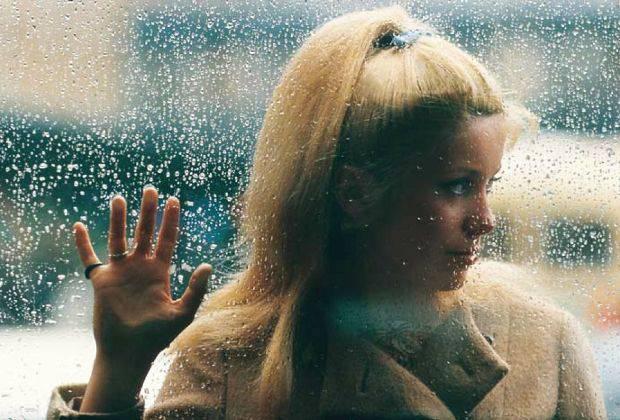 Watch: Jacques Demy’s Charming ‘The Umbrellas of Cherbourg’ In Honor of 50th Anniversary Perhaps the finest theatrical experience I had last year was witnessing a restoration of Jacques Demy‘s charming 1964 French musical The Umbrellas of Cherbourg at Film Forum. While we’re still awaiting news of a U.S. Blu-ray release, the Palme d’Or celebrates its 50th anniversary of initial release today and we’ve got the full film available to stream.

If you have yet to witness the sprawling, yet intimate and vibrant story of the love between Catherine Deneuve‘s Geneviève Emery and Nino Castelnuovo‘s Guy Foucher, I would hold out for the inevitable restored release hitting shelves — but if you want to revisit it, it’s an ideal glimpse. I’ve also included a previously posted trailer, so one can see the striking difference of this upgrade, a video detailing how they went through the restoration, and NY Times critic A.O. Scott assessing the film.

Check out everything below, followed by a batch of behind-the-scenes stills, and fall in love all over again with this classic: Is The Umbrellas of Cherbourg among your favorite films?