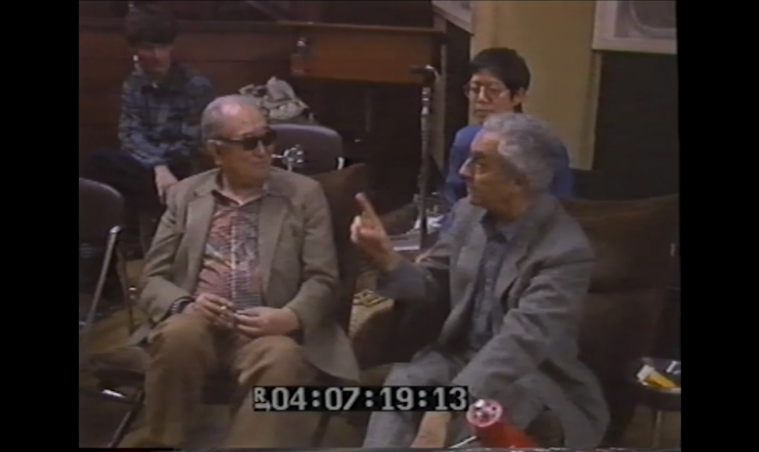 By Jove, here’s a real find: in the 1980s, Michelangelo Antonioni traveled with his partner, actress and filmmaker Enrica Fico Antonioni, to Japan with the intent of creating a documentary, Trip to Japan, that would chronicle “the social transformations undergoing in Japan through the experimental use of new film technologies,” specifically the Betacam. The material hasn’t been seen since — but it wasn’t lost, either, and is now coming to the Venice Film Festival as part of a free exhibit on September 2. Before that (i.e. for less than two days), the material is made available, for free, via the Fondazione Prada-supported collective Belligerent Eyes.

While lacking an embed, the videos, called Japan 1984 – 7 Betacam Tapes, are easily accessible at their site and deserve a look. To anyone interested in the director, eastern culture, the ’80s, or ethnography, they make for deeply fascinating bits of history. There’s Antonioni visiting Kurosawa on the set of Ran; there’s the following of a Geisha down a street in Kyoto; the director playing the croquet-like gateball; the other Antonioni engaging in a photography-off with some cameramen; a Red Desert-esque journey through a Sony factory; and the faces of yesterday’s youth as they once lived in Tokyo.

Many of these are mild encounters — some would come right out and say “banal” — nevertheless bolstered for acting as the window into how a great artist sees the world, and from them we can see detect how the duo intended to focus “on comparing the free, identifying moments of the new generations with the strict, rigid controls exerted by official realities.” We may yet get a fuller picture: Belligerent Eyes claim these videos are to be “accompanied by a final editing of Un viaggio in Giappone, along with its shortened version Un po’ di Giappone.” What we have for now, maybe only a short time, is still a treasure.